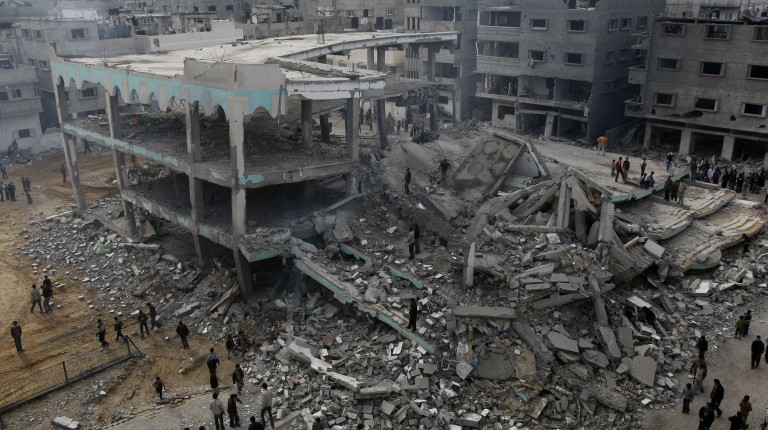 According to Israeli state media, the airstrikes were in response to a missile that targeted Ashkelon on Saturday.

“A salafist organisation calling itself the Brigades of Sheikh Omar claimed responsibility for launching the missile,” Israeli state media reported, asserting that the attack did not result in injuries or damages.

The Palestinian Brigade of Sheikh Omar Hadid claimed in a statement on Saturday the Katyusha rockets attack. It mentioned it is a tribute to “our hunger striking captive brothers and sisters in the Jews’ prisons”.

The Israeli airstrikes targeted the Al-Qassam Brigades’ military camp in Beit Lahia, in the northeast of the Gaza Strip, according to Hamas-affiliated news agency Alray.

On 27 May, Israel launched airstrikes across the Gaza Strip, also in response to an alleged rocket fired from the Strip.

Senior Hamas official Bassem Naeim told Daily News Egypt at the time of the possibility of another war between both sides, saying that “it is possible; Hamas doesn’t wish for it, though”.

It is feared that another war may be sparked in Gaza, which is still barely recovering from last summer’s airstrikes by Israel which lasted for 50 days.

In July 2014, a conflict was sparked between Israel and Hamas, leaving over 2,140 Palestinians dead, 10,000 injured, and severely damaging the Gaza Strip, with over 80,000 houses partially or completely destroyed. On the Israeli side, the death toll was 73.