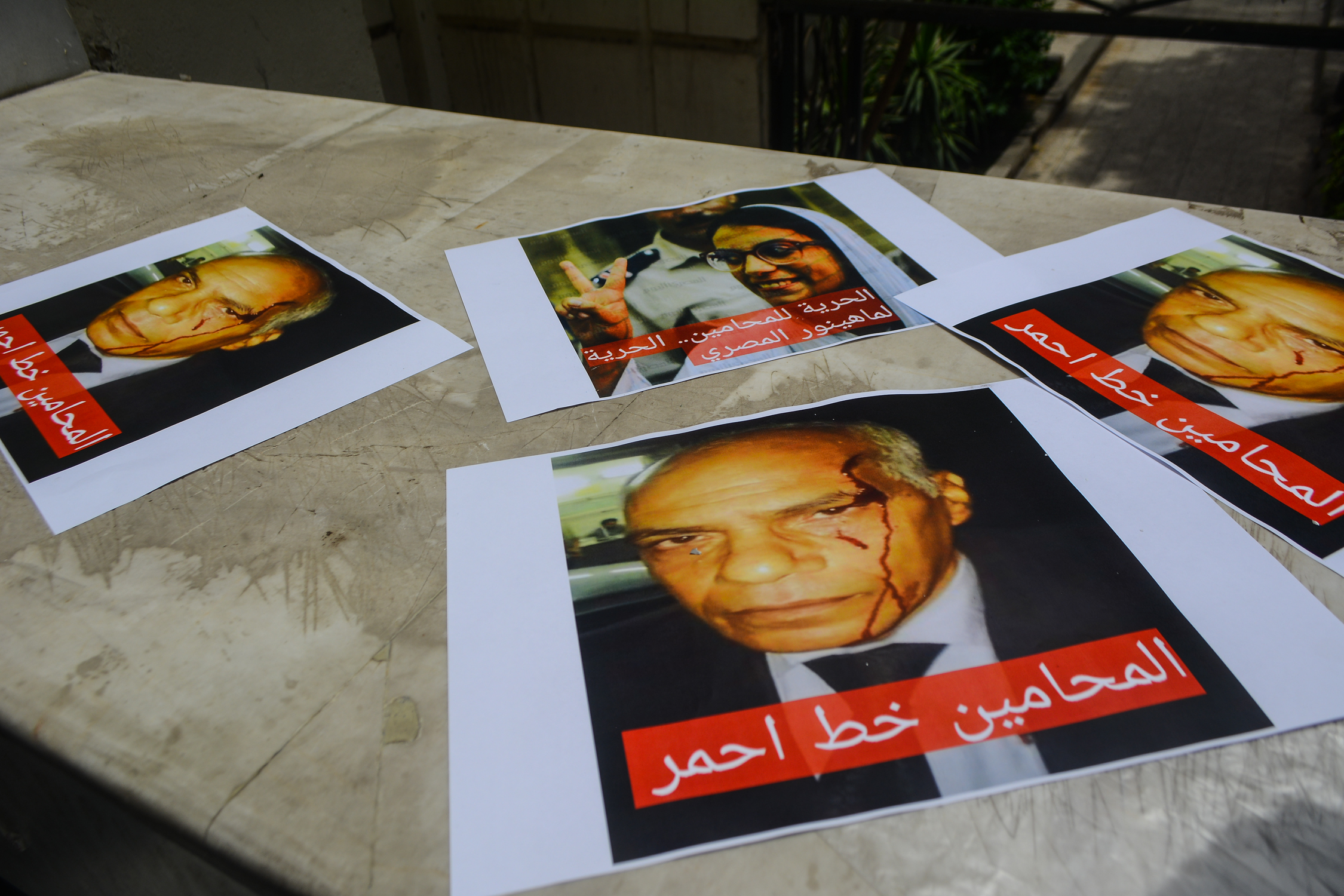 The Farscur Court in Damietta sentenced Sunday a police officer to three months imprisonment, on charges of assaulting a lawyer, with a fine of EGP 3,000 to suspend the verdict.

The court also sentenced the assaulted lawyer to one month in prison, and a fine of EGP 1,000 to suspend the verdict. He was charged with defamation of a government employee.

In a recent development President Abdel Fattah Al-Sisi apologised to lawyers for the “individual act” of a police officer assaulting a lawyer, a day after the strike.

The trial session was attended by head of the Lawyer’s Syndicate Sameh Ashour, who formed a legal team to file a lawsuit against the officer.

The victim, lawyer Emad Fahmy, received eight stitches to the head, an injury which resulted from a shoe being thrown at him by a police officer inside Farscur police station in Damietta.

In response to the assault, the syndicate launched a general strike Saturday in all courts across Egypt, objecting to increased police brutality and assaults on lawyers.

Other cases including officers being prosecuted on criminal charges is the Shaimaa Al-Sabbagh case, where an officer is charged with murder, and the Kareem Hamdy case, where two policemen are charged with “torturing to death”.