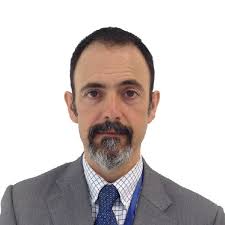 I was recently in Aswan to meet with the local government, partner NGOs, and people working together to fight against female genital mutilation (FGM), a widespread practice in Egypt that predates both Christianity and Islam and was criminalised by Egyptian law in 2008.

What a refreshing experience!  The commitment and dedication I found are not only commendable, but very encouraging:  whole communities are taking a firm stance against a traditional practice that has no religious, medical or moral basis, as declared by both Al-Azhar and the Coptic Church.

In the village of Nagaa El-Haggar, community leaders, local associations, women, men, and children gathered to watch a series of plays performed by young actors, intended to raise awareness and engage people in FGM-related discussions. What ensued was remarkable:  women describing the dramatic impact on their physical and mental health, men talking openly about the damage caused in their marital relations, and girls referring to it as the ‘worst day in my life’.

Since 2005, the Governorate of Aswan has taken a firm stance in combating FGM.  To date, 10 villages have declared their opposition to this harmful practice and are continuing to advocate for its end. A community association member stated: “Cutting demeans, dehumanises and injures; it is a human rights violation that must be fought until it disappears.”

Nevertheless, changing traditions is an uphill journey that requires a long term approach.  According to the 2014 Demographic and Health Survey (DHS), 92% of ever-married women between 15 and 49 years have been circumcised.  But there is hope as people’s changing attitudes have begun to show results. The percentage of circumcised girls between 15 and 17 years has dropped from 74% in 2008 to 61% in 2014.  Out of the 92% of circumcised mothers, only 35% intend to circumcise their daughters.

The criminal conviction of the doctor involved in the death of 13-year-old Soheir El-Batea earlier this year, shows that the state is mobilising itself to tackle this problem.  And the development of the National Strategy to Combat FGM, to be launched shortly, shows the government’s commitment to fight FGM as a matter of national priority, recognising the negative effects of this practice on society and people.

What should be the next steps?  The DHS shows that 82% of circumcisions are performed by medical personnel, in violation of Egyptian law.  This points out the important role that the Doctors’ Syndicate and the Ministry of Health need to play in putting an end to this practice among health professionals.

UNDP in Egypt has been supporting the Government in combating FGM since 2003, but the milestones achieved so far need to be scaled up to the entire country, as intended in the new National Strategy.

14 June marks the country’s National Anti-FGM Day in commemoration of 12-year-old Bodour Shaker, who died as a victim of this procedure. I would like to invite all people to honour the memory of Bodour and all the victims of this cruel practice by taking a stance and joining in the effort to eradicate FGM in Egypt.