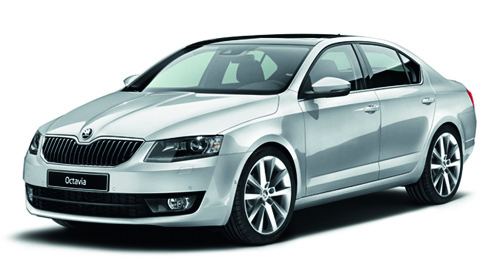 Shafik Gabr, Chairman and Managing Director of ARTOC Auto, Skoda’s agent in Egypt, has denied widely circulated reports he intends to sell the agency and give it up to the benefit of an Arab businessman.

The rumours also said he conducted all the studies and agreements regarding the evaluation process for the transfer of sponsorship to the Arab businessman. However, the company denied this and has asserted they will not allow the agency’s sale.

One of the company’s leaders, who preferred to remain anonymous, said the company is continuing its work under the leadership of businessman Shafik Gabr and has no intention to sell the agency. He added that, to the contrary, there is an increase in the size of investments, whether through expansion in favour of the Skoda agency or to bring in new companies to join the group.

The source added that there are many offers for the purchase of the company, noting that this is common amongst all automotive companies in Egypt, but the offers do not meet the sale requirements.

In a related context, Artoc Auto’s General Manager Ahmed Mehrez asserted that over the past year the company achieved an increase in sales amounting to 200%, compared to 2013. Mehrez said the sales exceeded 6,000 vehicles, which is evidence of the company’s strength in the Egyptian market.

He added that they hoped to increase sales this year, but the circumstances faced by the country, especially in its inability to provide foreign currency, especially dollars, prevented increasing sales. Mehrez said they hope conditions in the country will stabilise soon so the automotive market can go back to its former state and strength.

Mehrez emphasised that the company is moving at a steady and strong pace in the Egyptian market, and has expansion plans in the creation of new showrooms and specialised service centres in various governorates.

The company is also considering adding many new commercial agencies in line with the increasing market needs of these products.

Mehrez added that in the upcoming period, new models will be presented to the Egyptian market, starting with the new 1600cc Fabia, which is expected to be presented at the beginning of the fourth quarter of this year.

The more developed “Superb” car will also be presented. The Superb is considered a car with standard specifications because of its sophisticated technology, making it strongly strong competitor with luxury models. The Superb will be offered with two engines; a 1400cc turbo engine, and 2,000cc turbo engine, to comply with all clients’ needs.

Mehrez further confirmed that the reports on the closure of the company due to the financial irregularities of selling cars in dollars are untrue. He noted company is continuing its work and did not close its doors to customers, even for one day.