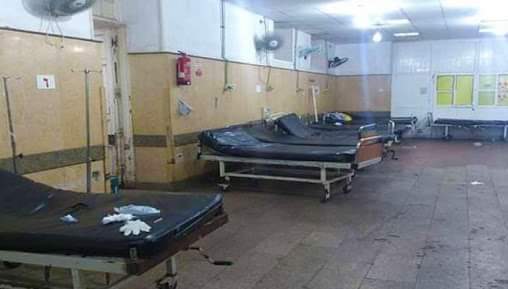 The Armed Forces Engineering Authority started its development plan at the Cardiology Centre in Imbaba on Wednesday.

They decided to temporarily relocate the outpatient clinics to other healthcare facilities in the Cairo neighbourhoods Imbaba, New Cairo, Sheikh Zayed and Dar Al-Salam, and move the emergency room to the general Nasser hospitals, until the authority completes the first phase of developing the project.

The health ministry said: “We gathered tens of ambulances to the centre location to inform new patients of the new locations and transfer the ones in need.”

Prime Minister Ibrahim Melheb visited the Imbaba Cardiology Centre on Saturday in a reported inspection of its conditions. During the visit, he decided to switch the health minister’s office to the centre for one week and make it rotational for other medical centres and hospitals in Egypt.

“I was already aware of the situation in the centre before my visit, and I knew what we were targeting,” Mehleb said in a phone call on a private TV channel.

A report by the Egyptian Center for Economic and Social Rights said that the amount of governmental expenditures on healthcare in Egypt is at 5.4%, which is far less than other countries in Africa, such as Djibouti, which has healthcare expenditures upwards of 14%.