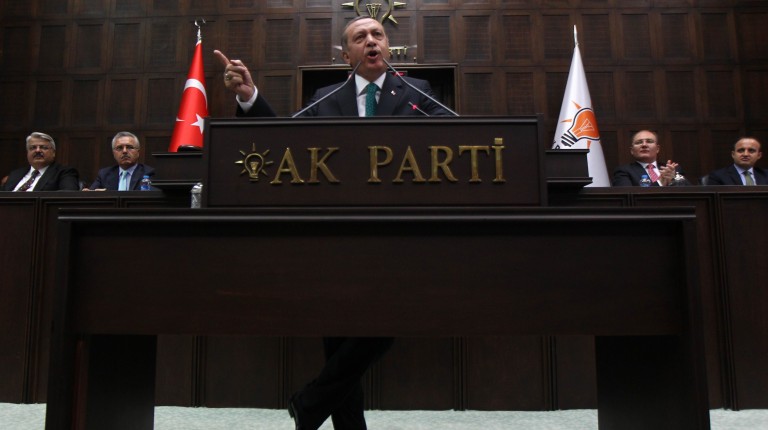 Since its foundation in 2002, Turkey’s ruling AKP has always secured majority of seats in the parliament. But for the first time, this year’s parliamentary elections held on Sunday showed the AKP’s majority drop to less than is needed to form a majority government. The party is now threatening to take over seats and form a government, due to the rise of the opposition, with the main opposition party CHP taking over 25% of seats.

“The results indicated that the amount of hostility and tension between Egypt and Turkey will be reduced to a great extent,” Mohamed Abdel Kader, a political analyst specialised in Turkish relations at the Al-Ahram Centre for Political and Strategic Studies (ACPSS), told Daily News Egypt. “However, this depends on the opposition parties’ ability to impose its agenda.”

According to Abdel-Kader, this change will be in Egypt’s favour, even though it would be gradual, because oppositional parties are currently against Erdogan and his policies.

Official statements from both countries have maintained strained diplomacy between them. In March, Turkey was absent from the Economic Summit, whilst Egypt has strongly condemned Turkey’s “interference” in its judicial affairs. The criticism came in response to a comment by the Turkish Foreign Ministry on recent life imprisonment and death sentences handed to leaders and members of the Muslim Brotherhood.

A week ago, the official Turkish news agency Anadolu has closed its Cairo news desk, no official response was made about its closure.

“Egypt is against Turkish policies not only for the Muslim Brotherhood, but because of its support to jihadists from the Islamic State ‘IS’ and Al-Nusra front,” Abdel-Kader said.

During Morsi’s role in Egypt, about 300 Egyptians went to fight in Syria with the support of local islamists parties, passing into Syria through the Turkish borders of Bab Al-Hawa near Atankiya, southern Turkey.

Abdel-Kader added: “Eliminating extremists would still be a threat despite opposition emergence in Turkey, because Erdogan is still in power.”

In response to the elections results, Erdogan announced on Monday that “no party can govern alone”.

The CHP gained 132 seats, while the MHP and the Kurdish HDP won 80 seats equally.