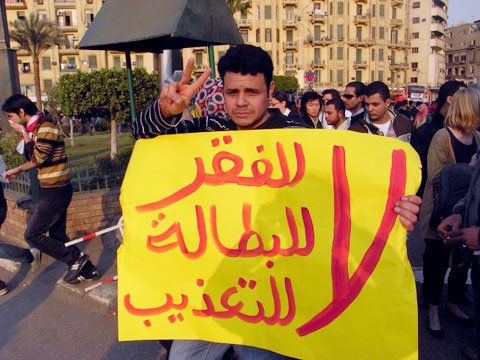 A study conducted in 2014 and released this week found that young people still aspire to migrate, less are interested in joining the Egyptian labour market, and more young women, especially in rural areas, suffer poorer educational outcomes, female genital mutilation, and less engagement in political and civic life, according to the Population Council.
The Population Council report, entitled “Survey of Young People in Egypt”, comparatively looks at data regarding the social, economic and political conditions of youth from 2009 to2014.The study was conducted amongst a sample of around 15,000 people between the ages of 10 and 29 in 2009, and 10,000 of the same people in 2014. While the highest percentage of interviewees was between 10 to 17 years old in 2009, they were between the ages of 15 and 24 in 2014.
The report read: “Youth labor market conditions have deteriorated during the transitional period. Although the unemployment rate has declined from 15.8% in 2009 to 13.6% in 2014, this decline was not associated with an increase in employment levels, but was due to the increase in the percent of youth who got discouraged and went out of the labor force.”
Unemployment was a “serious problem” for young people between the ages of 15 and 29, but more are now discouraged to work. The study also found that in 2014, young women were “two times as likely to say they could not find a job with suitable workplace”.
The report included statistics on migration aspirations and found that between 2009 and 2014, approximately the same amount of aspirations to migrate persisted, withthese aspirations peaking at 28% amongst men between the ages of 18 and 24.
The main drivers were and continue to be Egypt’s poor economic and living conditions.
In the more socially inclined questions of the survey, “an alarming percentage of youth continued to justify gender-based violence in particular contexts”, the report read. For example, 64% of the survey’s respondents stated that it was justifiable for a man to beat his wife if she “talked to another man”.
In addition, 59.4% of men stated that “women who are sexually harassed in streets ‘deserve’ to be if their clothing is ‘provocative’.” More than half of the respondents also stated that job priority should be given to males.
In the educational sector, the survey found that half of the youth that attended five years of schooling still cannot read nor write, and 40% could not do basic maths. This does not necessarily mean they are illiterate, the study said, but “it is a troubling sign in terms of the quality of the school system”.
In a conference on Tuesday, the Population Council invited several of Egypt’s current ministers, including Prime Minister Ibrahim Mehleb, Minister of Planning Ashraf El-Araby and others,to take into accountthe survey results.