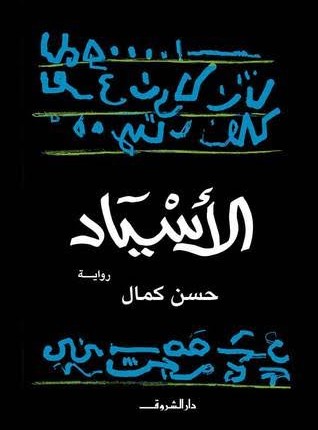 Throughout a year under Al-Sisi’s presidency, Egypt’s literary movement witnessed a remarkable recovery as dozens of books, novels, short story collections by a large number of well known and novice writers have been published and released in the Egyptian book markets. It is a sign of a stable and flourishing publishing year for different genres of literature, especially the social, science-fictional, historical, sarcastic and romantic books and novels.

Unlike the first days of the 25 January Revolution and the following two years, when most writers were keen to inject their social writings with political messages to cope up with the current events, political novels did not capture the greatest attention of most writers in the past year. Only a few novelists resorted to shedding light on concepts like suppression, corruption, dictatorship and injustice through creating fantasy worlds, where power conflicts and authority conspiracies dominate.

One of the leading political novels published during this year was “Kelab Al Raa’y” (“Shepherd Dogs”) by Ashraf El-Ashmawy. In the novel, El-Ashmawy takes you on a journey back in time to document the period between the end of the French campaign on Egypt and the beginning of Mohammed Ali’s regime, portraying the political conspiracies in the Old Cairo during the last days of the Mamlukes and the fierce struggles to win Egypt’s ruling.

In the novel, the writer tries to convey his message through portraying two contradictory main characters, two brothers who compete to win the reins of power. One of them wants to rule on the principles of tyranny, injustice and cruelty while the other represents courage, insurgency and rebellion. The novel ends with the ‘castle massacre’, the civil war between the Ottoman Turks and Egyptian Mamlukes who had ruled Egypt for centuries, and were Albanian mercenaries in the service of the Ottomans. It ended with victory for the Albanians, led by Mohammed Ali of Egypt.

On the other side, in his novel “Al-Asyad” (“The Masters”), Hassan Kamal takes you into a completely different journey in Daja, an isolated city where the ruling system depends on “Al-Mashyakha”, and the one who is selected to be the next “Sheikh” has no right to refuse this sacred onus. In Daja, the rulers have a system of brainwashing their people, placing mind cuffs to prevent them from thinking or even expressing their opinions. The system manipulates people through spreading lies and myths, supporting magic, charlatanism and quackery, in addition to adopting a caste system, dividing the society into three different segments, rulers who are the finest breed of humans, Al-Sahalek (the rich people), and Al-Agwash (the poor slaves).

Another novel shedding light on oppression and slavery through a historical epic about war, love and human destiny is “Kateeba Soda” (“Black Battalion”) by Mohammed El-Mansy Kandil.

In his novel, a troop of black soldiers are forcibly taken from their homes and families, sent to a strange land, and obliged to fight a fierce war with an unknown enemy where the inevitable death is the only alternative for hesitation. They are manipulated and exploited by kings and emperors, who oblige them to be a part of a dirty bloody game driven by an authority mania. As Kandil said: “It is a novel against slavery and oppression, it glorifies human courage and hardness, which ultimately shed light on an unknown era of Egyptian history.”

Although it was Islam El-Banna’s first literary work, “Bab El Hegazy” (“El Hegazy’s Door”) attracted attention to the birth of an outstanding young political writer. The novels tackles the political situation in Egypt since the revolution, by taking you back in time to the late ‘70s in a village called Bab El-Hegazy, where the political struggles represent the nature of conflicts between the different segments of society before and after the 25 January Revolution.

Sayed Khattab, the master of the village and its main dominator who works in the field of human organ trafficking, seduces the poor village residents to sell their organs in return for money. Through this context, you realise that Khattab resembles the ousted president Hosni Mubarak. Saeed is the novel’s main character, who is tongue-tied in spite of his knowledge and prudence. He writes speeches for the village’s mosque through which the Imam gains great popularity.

When one of the people dies after selling one of his organs, the village people decide to rebel against Khattab, and the mosque’s Imam starts attacking him in the Friday sermons to gain people’s love and appreciation. After Khattab’s escape, the mosque’s Imam becomes the new master. In this part, the writer shed lights on how the Muslim Brotherhood exploited the revolution to take over the reins of power, brainwashing simple people’s minds.

The new Imam starts a new business which is marrying off the young girls to the rich Arabs for what’s called “Al-Motaa marriage”. Over time, the villagers come to realise that they brought someone worse than Khattab to power, but it was too late. One day, the villagers will wake up to find out that the village’s remarkable door Bab El-Hegazy, from which the village gained its unique name, has vanished!

Now that the first year of Al-Sisi’s presidency is about to end, people are coming to face the fact that the number of novels discussing politics events has decreased a lot. Most of them focused more on other emotions and targets than the revolutionary ones. If that reflects anything, it surely indicated that some writer’s passion for revolution and change has faded away.

Yet, the number of novel readers has increased to reach the extent that novels have started being published in several editions. Several authors stated that being a writer has recently become a lucrative career unlike what it has been all along in Egypt.