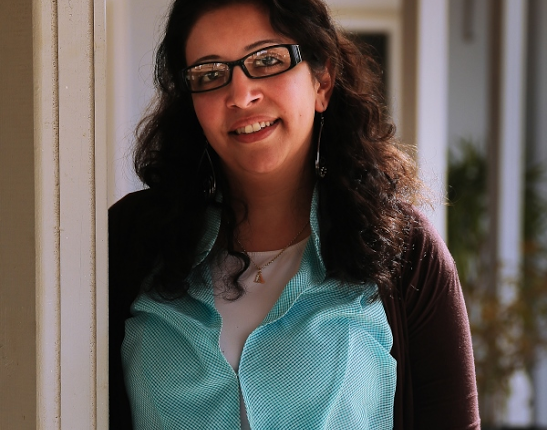 A breakfast on the banks of a river might not be of great difficulty for any Egyptian citizen. However, a walk along the Main River is certainly something that many dream of achieving.  The Goethe Institut in Egypt just gave this golden chance to one of Egypt’s upcoming literary talents.

For the second year in a row, the institute held its annual short-story competition in an attempt to discover new hidden talents and encourage them to pursue their creative dreams.

“It started with an open call for a writing workshop,” said Mohamed El-Baaly, one of the judges. “We choose 10 different stories after reading the candidates’ stories.”

According to El-Baaly, the judging committee was asked to read 133 anonymous short stories, and chose only 10, based on the writer’s potential to develop. The committee included five local literary figures: Shereen Abou El Naga; Mohamed El-Baaly; Mansoura Ez Eldin; Mohamed Kheir; Karam Youssef; as well as Stephan Milich, a translator and researcher in the Islamic affairs.

After choosing the 10 most promising talents, the judging novelists, under the supervision of local novelist and poet Abbas Khedr, held a one-month workshop to further enrich the participants’ talents and help them write a new batch of short stories.

“The final works were very close in quality and language; the participants’ skills are very advanced and they will defiantly be influential writers in Egypt,” said El-Baaly.

Despite all of the new short stories impressing the judges with their sophistication in language and bold topics, only one got the chance to win a trip to Frankfurt and participate in the annual book fair. Omaima Sobhi, a freelance translator with a great passion for writing, was able to stand out among the group.

“In my opinion, it was the most cohesive story with regards to its smooth narrative progression, which guarantees a sufficient amount of suspense while maintaining a high level of language and creativity,” said El-Baaly.

Sobhi, who is currently getting ready to face the German audience for the first time, is more than grateful for the experience and the upcoming trip.

“I originally graduated from the Faculty of Arts, with a major in Mass Communications,” Sobhi said. “This was the first time I participate in a literary competition, yet it is my second workshop after another directed by Sahar El-Mougy in the American University in Cairo.”

About her story, entitled “The Head That Got Revealed”, Sobhi declared that she cannot evaluate her work, but that she is proud of its extraordinary style and its dose of fantasy, which was new to her.

The young writer is set to travel to Germany before October to take part in the book fair with a translated version of her story. “I am looking forward to the discussion and the way the German audience will perceive it,” said Sobhi.

Taking the same line, El-Baaly is also eager to see the German feedback, as they are usually very encouraging and positive. “Last year, after reading a translated version of the winning story, the general feedback was very positive, especially as the story was truly unique,” said El-Baaly.

Cairo Short Stories is powered by the Goethe Institut, in addition to the Litprom Association, which supports literature in Africa, Asia and Latin America.