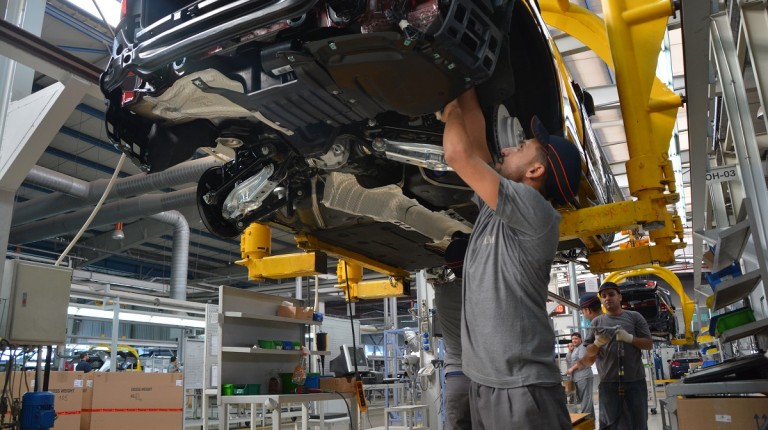 The Presidency has directly adopted a youth-targeted project that manufactures vehicles to transport food commodities, to overcome unemployment and food commodities’ price increase.

The government is working on delivering vehicles at a suitable price for young people, who cannot afford high prices. The vehicle would be available at EGP 70,000-EGP 90,000.

The cost of the vehicle to transport commodities, that do not need cooling areas, such as bread and vegetables, would amount to EGP 70,000. The cost of vehicles transporting food commodities which require cooling areas would be EGP 90,000. Also medium-sized trucks would be available at EGP 80,000.

The daily instalments would amount to EGP 100, while monthly instalments add up to EGP 3,000. A total of 2,000 vehicles would be delivered within the next few months.

An official source told Daily News Egypt that the Presidency issued instructions to the Ministry of Military Production to proceed with manufacturing vehicles for the transportation of food commodities. This would be through delivering 2,000 cars within the next few months.

The source said that the car would be offered for a daily instalment of EGP 100, adding that the government conducted a study on the food commodity transport market. According to the study, some vehicle owners offer their vehicles for rent at EGP 300 a day, which pushed the government to offer the car with lower instalments than the renting price to overcome unemployment.

The source noted that this project was launched last year, after Abdel Fattah Al-Sisi came to office. Al-Sisi unofficially talked about this project before the elections, and both the Ministries of Military Production and Industry were assigned to undertake the project.

He expected that Wamco Motors would cooperate with the Ministry of Military Production to manufacture these trucks and deliver the first batch within few months.

Wamco Motors, a company affiliated to IDI Holding Company, whose Chairman is Waleed Tawfik, signed last year a protocol of cooperation with the Ministry of Military Production with regard to  manufacturing operations, which supports its selection to manufacture trucks.

The source added that the government is currently seeking Chinese partnership to support implementing the project. An official Egyptian delegation will visit China within the next few days, to meet Chinese officials and discuss partnerships which would support executing the project.

The government also started a plan for manufacturing and launching a three-wheeled car within the next few months at a cost of EGP 20,000 to EGP 30,000. Necessary amendments will be applied on the traffic law for its licence.