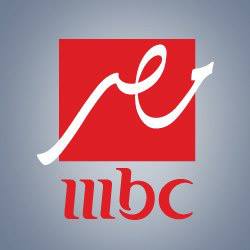 MBC Masr gained the right of broadcasting an enormous number of series and programmes during Ramadan.

A channel official told Daily News Egypt that the cost of producing and purchasing series and programmes for Ramadan amounted to around EGP 128m. He added that the channel targets revenues by 35% more than the cost. He expected that the channel’s revenues will amount to EGP 175m, which will be the highest since the channel was first broadcast in Egypt.

He mentioned that the channel entered into contracts with some advertisers which are worth EGP 22m, and he expects to reach the targeted number in Ramadan.

The official added that the price of an advertisement package in the channel reaches as much as EGP 9m. Individual advertisement amounts to EGP 65,000 for every 30 minutes.

He also said that the expected volume of advertisements for Ramadan is more than EGP 500m, representing 30% of the year’s advertisements.

Some sources in Al-Tahrir Channel said the channel has pumped EGP 25m into preparing for Ramadan. They expected that revenues will reach EGP 50m, an increase of 100%.

The same sources added that the channel launched one advertisement package at EGP 6m, with 240 broadcast times for every 30 seconds.  Advertisements will be broadcast eight times a day.

Sources expected that Ramadan’s advertisement volume will exceed EGP 500m, due to this year’s strong competition between channels, as well as the increase in the number of series.

Sada Elbalad TV launched one package at EGP 5m with 810 broadcast times for every 30 seconds. Each advertisement will be broadcasted once.

El-Mehwar 1 and 2 and its drama channel launched one advertisement package at EGP 4m, with 180 broadcast spots for every 30 seconds, including repetitions across the three channels.

Dream TV’s share in Ramadan will not be as strong as before, coinciding with the financial crisis which forced it to agree on only two series “Baad El-Bedaya” and “Harit El-Yahoud”. It also did not yet launch any exceptional packages for Ramadan.