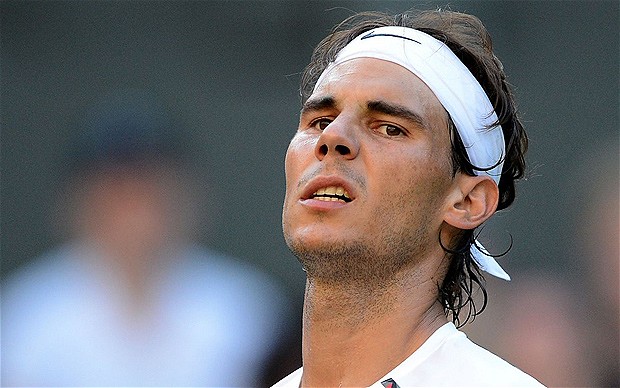 Spaniard Rafael Nadal, ranked seventh internationally, ascended the stage once again by winning in the Stuttgart Open championships, known as the Mercedes Cup, in its 38th edition.

This is within the 250 points of ATP World Tour. Nadal won after beating his Serbian opponent, Viktor Troicki, in the final game. Viktor is ranked 33rd internationally, and is also the 8th candidate to win the championship 7-6, 6-3.

This title is Nadal’s second this year within the ATP World Tour competitions, after the ATP Buenos Aires championship.  As a result of not being able to win the championships in which he had participated this year, he has retreated in ranking. However, winning the Stuttgart Open was not a surprise for Nadal; this is the third time he has won the German championship, after winning in 2005 and 2007.

Nadal’s first victory was in the 16th round against Greek-Cypriot player Marcos Baghdatis, in which he won by 6-7, 7-6, 2-6 points. In the quarter final, Nadal won over the Australian Bernard Tomic by 4-6, 7-6, 3-6 points. His third victory was when he beat the French player Gael Monfils, who is ranked 14th internationally, 3-6, 4-6.

On the Rosmalen playgrounds, French player Nicolas Mahut had a surprising win in the S-Hertogenbosch’s Topshelf Open in its 26th edition, within the men’s singles, after a win over David Goffin, ranked 2nd in the tournament, with a score of 6-7, 6-1.

Mahut’s win raised his ranking by 37 places to put him in the 60th place. Mahut, 33, holds three Grand Slam titles, including the men’s singles in 2000, the second in the men’s doubles in 1999 in the US Open Tennis Championships, and the third in 2000 in the Australian Open.

In the men’s doubles, Croatian Ivo Karlović and Polish Łukasz Kubot defeated the duo Pierre-Hugues Herbert and Nicolas Mahut with scores of 6-2, 7-6.

Meanwhile, in the women’s singles, Italian player Camila Giorgi won against Swiss player Belinda Bencic in the finals with 7-5 and 6-3 points. American player Asia Muhammad and German Laura Siegemund won in the women’s double games over Serbian Jelena Janković and Russian Anastasia Pavlyuchenkova in the finals, with scores of 6-3 and 7-5 points.