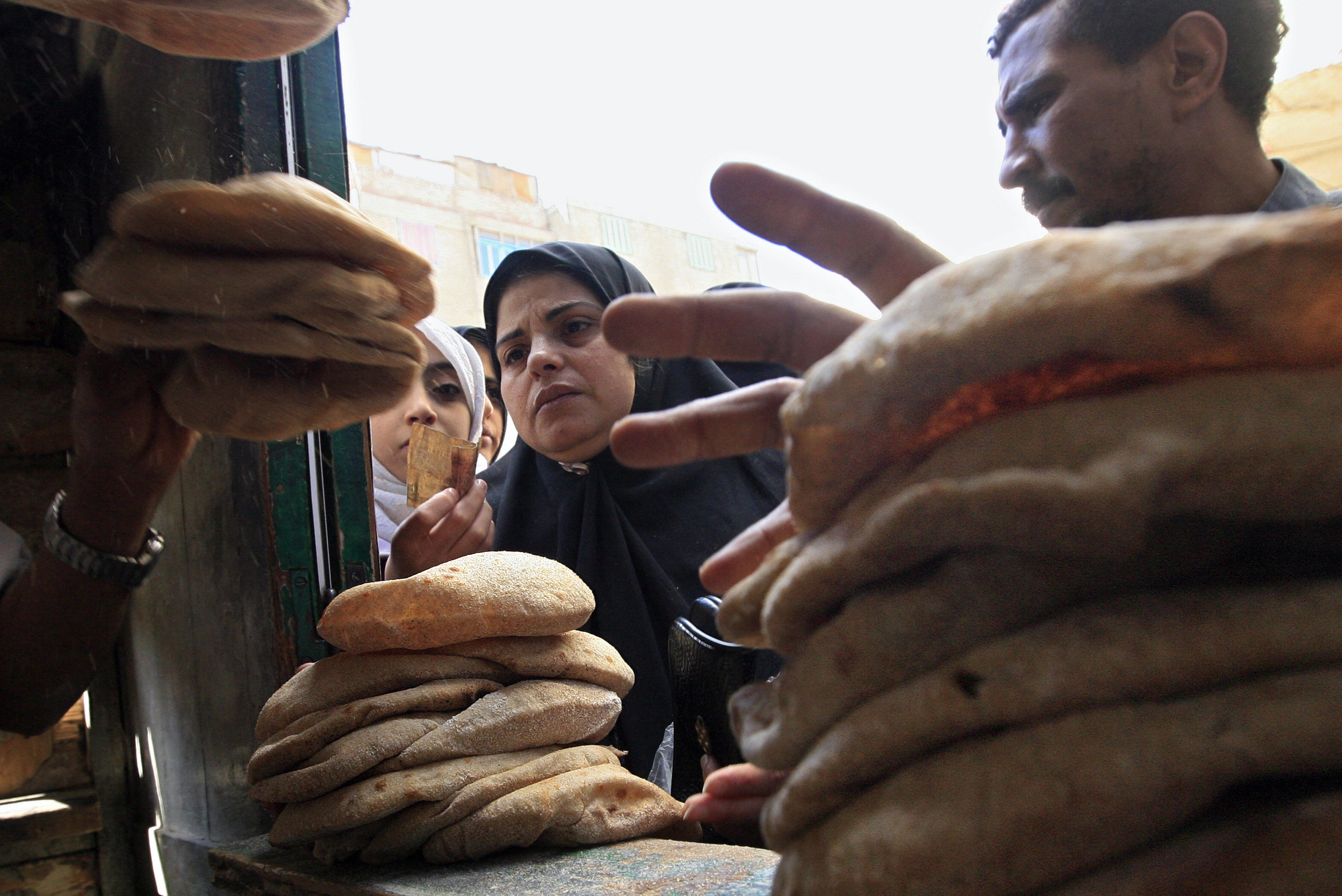 A total of EGP 38.4bn has been allocated in the new budget to finance the bread and food subsidies programmes, developed during the current fiscal year by adopting the smart card system nationwide.

Regarding the actual amount of money spent on food commodities in the current fiscal year, Minister of Supply Khaled Hanafy said in May the government has spent EGP 37bn on bread and rationed goods.

The Ministry of Finance did not specify the amount of bread subsidies alone. In the current fiscal year, which will end on 30 June, the state’s budget for subsidised bread registered EGP 24bn, recording an EGP 2bn increase from EGP 22bn in FY 2013/2014.

The government expects an increase in the number by 3 million citizens of those benefiting from food subsidies. The total number of beneficiaries would reach 70 million citizens.

The government has also allocated EGP 3.7bn to support farmers, as part of efforts to encourage the agriculture production to increase domestic production of wheat.

Over the current fiscal year, the government has adopted a new wheat system that has contributed to rationalising consumption at about 23%, and eliminating flour smuggling that was estimated at about 60%, according to Hanafy.

According to the new system, 150 loaves of bread are allocated to every citizen per month, which are registered on his ration card. What is not purchased from the monthly ration of bread is transformed into points through which the citizen can buy any necessary product from ration commodities vendors.