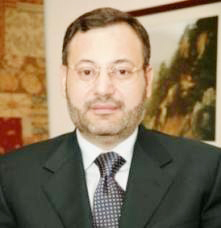 An Egyptian TV presenter working with Al Jazeera network was detained in Germany on Saturday upon an Egyptian arrest warrant.

Ahmed Mansour was shooting the latest episode of his show “Without Limits” in Berlin, when he was detained at an airport in the German capital. He was returning to Qatar where he currently resides, state-run newspaper Al-Ahram reported.

The veteran journalist, who is known to be affiliated to the once in power Muslim Brotherhood and was rumoured to be taking part in writing some of former president Mohamed Morsi’s speeches, was shown a note from Interpol by the authorities at the Berlin airport. The InterPol note stated that he is not wanted for any cases while the authorities insisted a judge will decide whether he is wanted or not, Al Jazeera reported.