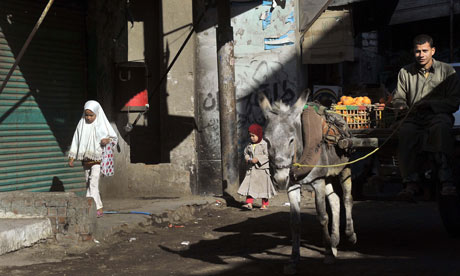 The government plans to increase allocations to provide and develop low-income housing to EGP 13.7bn, a growth of 19% from last year’s allocations, as per a statement published by the Ministry of Finance.

The allocation by the government includes a social housing programme, worth EGP 11bn, a programme for developing slum areas, worth EGP 1.3bn, and developments in the poorest areas for approximately EGP 900m.

“The state has to interfere in order to solve the severe housing crisis of the Egyptian people,” said urban researcher Yehia Shawkat, who added that the social housing law requires the allocation of 1% of the revenues of the New Urban Communities Authority per year for the Social Housing Fund.

Shawkat believes in the necessity of raising this percentage to 20%, which will resolve many of the social housing issues. The government provides units with prices at EGP 135,000, while one-third of the population cannot afford a unit at EGP 75,000, he said.

The urban researcher recommends four dimensions for solving this crisis – the state has to provide units by building and renting, build utilities for lands, and grant renovations for people with real estate units. According to Shawkat, there are 2m ramshackle units, so the grants may protect real estate buildings from collapsing, which will solve the crisis.

Last week, Egypt signed a contract for a loan from the World Bank worth $300m to implement the one million social housing units.

Assistant Minister of Housing Khaled Abbas had previously said the authority will allocate 20% of the loan for renting the units.

However, Shawkat believes that this percentage is not enough and has to be raised, because not everyone can buy housing units.

Salah Hegab, former chairman of the Construction Committee, believes that the housing crisis in Egypt is due to a crisis of laws rather than a shortage of units.

“The housing laws are very disorganised right now, and this led to the crisis,” says Hegab, who adds that many satellite cities include thousands of housing units without residents.

Hegab said it it is necessary to provide these cities with utilities and services, because this will save people money and time in transportation to Cairo.

Chairman of Roaya Group Hesham Shokry recommended that a percentage of the value of the luxury units be directed to the Social Housing Fund, adding that the private sector will not provide units to the low-income sector.

Shawkat believes that Egypt must take advantage of the experience of many countries, which allocate a percentage of their projects to be sold to social housing organisations with the cost prices.

Shawkat further demanded that the state control prices through laws that prevent speculation on housing units that are offered to the low-income people. He added that this phenomenon is the main reason for the high prices of real estate units in Egypt.