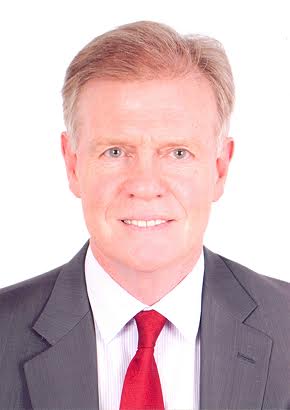 Climate action day was on 17 June. Voltaire said “Men argue. Nature acts.” When it comes to climate change, now more than ever we need to take a leaf out of nature’s book and act together.

The international community is working for a new global climate deal in Paris at the UN climate conference this December. Countries are expected to come forward with their contributions well in advance of that event so as to enable all of us to agree a robust and dynamic deal that is fit for present and future purpose, with the overriding aim of keeping the global temperature rise below 2°C.

Contributions need to be as ambitious as possible and reflect parties’ responsibilities and capabilities. The level of ambition from the G20 countries that account for 75% of global emissions will be decisive, as will the offers from other major countries, like Egypt.

The EU was the first major international entity to submit its contribution to the new agreement and already many countries, including key players such as the US, China and Mexico, have followed.

It is clear that the Paris deal must also deliver more than simply reducing emissions. We need to be ready to support those most vulnerable to climate change, and who lack the means to cope with its negative consequences. And we need to push forward cooperation in adapting to climate change.

The threat to Egypt

Even with a 2°C rise in temperature, Egypt will most likely be seriously affected by climate change, particularly because of the large increase in projected heat extremes, substantial reduction in water availability and the associated negative effects on agricultural productivity and general welfare. About a third of the land could be affected.

Crop yield declines, coupled with climate impacts in other grain-producing regions would contribute to increasing food prices. Population increase and growing food import dependency will only worsen such risks.

The importance of Egypt for achieving a meaningful deal at the Paris Climate Summit is indisputable. Egypt is both one of the largest economies and the largest net producer of emissions in the region.

Egypt also chairs the African Ministerial Conference for Environment (AMCEN) and has an important role in the group of Arab countries in the climate negotiations.

The Minister of Environment and his team actively support and drive the process to build the capacity of Egypt and of other African countries in coordinating their approach to climate negotiations and to be well prepared for Paris.

I very much hope that Egypt will soon be able to submit its national proposals for Paris, not only because of its own importance but also because, given its leadership role it could pave the way for others in the region and the African continent. Given the time needed to complete the complex and demanding global negotiation ahead of time is now running short.

I am confident that such efforts will be fully complemented by the Green Climate Fund, which is currently in the making, and received the resounding support of the G7 countries meeting in Germany last week, where a strong commitment to climate finance of $100bn per annum was made by the leaders.

The EU has committed to devote at least 20% of its global development assistance funding to climate action. In Egypt we already do significantly more than that, with over a third of our assistance impacting on the problem.

Adaptation to, and mitigation of climate change are important priorities for our assistance programme here. Over €400m of current EU grant assistance in Egypt is climate relevant, and part of this has also helped leverage additional concessional loans from the European Investment Bank and other EU development Banks of some €4.65bn. A number of EU member states are also involved in their own right, through their various bilateral programmes.

Our assistance in the water sector also focusses on a climate relevant integrated approach to water resources management. And there are other adaptation programmes covering areas such as energy efficiency in the housing sector, integrated coastal zone management, agriculture and disaster risk reduction.

We are fully committed to doing our part in meeting this enormous challenge and are working assiduously for a successful conclusion in December and the enhanced efforts on the ground that will follow.

In short, Paris is an historic opportunity that we cannot afford to miss. In our joint interest, and above all for the good of all our children, we must rise to the challenge. Joining forces with Egypt and the world at large is the only way to do it.