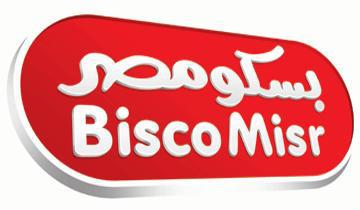 The extraordinary General Assembly of Egypt’s main biscuits and cakes producer, Bisco Misr, approved to optionally delist from the Egyptian Stock Exchange (EGX); the company said in a statement to the EGX, Monday.

Osama Tantawy, a former investor in Bisco Misr, told Daily News Egypt that he expected the company will exit the EGX, as a means to force its shareholders to sell their shares in the company.

He also noted that by losing Bisco Misr, Egypt has lost one of its food industry strongholds, stating that the current Minister of Supply will not be able to establish a similar enterprise.

The Ministry of Religious Endowments has a 5.10% share in the company, refusing to sell its shares when Kellogg’s made its purchase offer earlier, at a value of EGP 89.86 per share.

According to a Bisco Misr statement, the General Assembly approved buying the shares of those objecting to the sale at the same price that Kellogg’s had previously offered. This indicates that the price is even higher than the fair value of the share which was set at EGP 75.18 per share by Pharos Holding, a fully-fledged investment bank headquartered in Cairo.

Talking to Daily News Egypt on Tuesday, Mohsen Elshaikh, Director General of the Egyptian Endowments Authority, said the authority is currently studying the purchase offer. A final decision is yet to be made.

Other shareholders in the company include Misr Insurance Holding Company, with a 3.84% stake, and Misr Life Insurance with 3.17% of shares, whereby the rest (1.96%) belong to other individual shareholders.

In December, Kellogg’s entered the scene, offering to purchase a 51% stake.

Bisco Misr’s quarterly report however revealed that the company’s profits shrunk by 65% in Q1 of 2015, where it registered net profits worth EGP5.2m. This compared to the EGP15m earned in the same period last year, and before Kellogg’s acquired majority of the company shares.

The main reason behind the significant decline was due to the decrease in the sales of the company’s exported products by 70%.