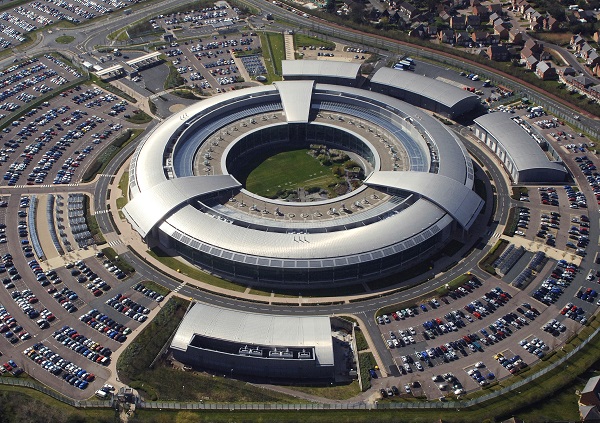 The UK’s top intelligence agency has been found to have illegally spied on human rights groups worldwide, including the Egyptian Initiative for Personal Rights (EIPR), a Monday tribunal hearing disclosed.

The UK’s Investigatory Powers Tribunal (IPT) issued a final judgement on a legal challenge against the Government Communications Headquarters (GCHQ), raised by rights organisations including Privacy International, Liberty and others. The challenge was brought about regarding the lawfulness of the mass communications interception by the agency and the intelligence-sharing arrangements with the US National Security Agency.

The court first ruled in 2014 that the agency’s mass interception of communications was legal under human rights legislation, including the right to privacy. However, in Monday’s judgement, the tribunal found that of six international rights groups, two had their communications intercepted in a manner that breached the European Convention on Human Rights: EIPR and the South African Legal Resources Centre.

Regarded as one of Egypt’s leading NGOs, the EIPR describes itself as having worked “since 2002 to strengthen and protect basic rights and freedoms in Egypt, through research, advocacy and supporting litigation in the fields of civil liberties, economic and social rights, and criminal justice”.

Whilst their communications were “lawfully and proportionately intercepted and accessed”, it was found the data was held by GCHQ longer than their own internal policies allowed for. The EIPR and the Legal Resources Centre will not win any compensation, however, as the tribunal ruled that the breach was ‘technical’, and they did not suffer material loss.

A legal officer with Privacy International (PI) who led the action against GCHQ, told Daily News Egypt that after the first Edward Snowden revelations in 2013, numerous rights organisations took GCHQ to the Investigatory Powers Tribunal to challenge its mass use of surveillance. In doing so, they invited a handful of rights groups across the world, including the EIPR, to check whether they had been spied on – a tribunal investigation into whether a group had its communication intercepted wrongly is the only method for that group to learn whether it had been spied upon.

Article 8 of the European Convention on Human Rights guarantees everyone the right to privacy, inside and outside of the European Union. The legal officer said this right can only be violated in a legal manner, which translates into agencies such as GCHQ adopting their own guidelines for how and when it is permissible to violate someone’s right to privacy.

“Privacy International argues that these guidelines must be publicly disclosed so we can assess whether their guidelines are unacceptable,” the legal officer said.  According to Privacy International, the communications of the EIPR and the Legal Resource Centre were intentionally targeted, not accidentally swept up.

Eric King, Deputy Director of Privacy International said: “If spying on human rights NGOs isn’t off-limits for GCHQ, then what is? Clearly our spy agencies have lost their way. For too long they’ve been trusted with too much power, and too few rules for them to protect against abuse. How many more problems with GCHQ’s secret procedures have to be revealed for them to be brought under control?”

Following Monday’s tribunal, a government spokesperson said: “We welcome the IPT’s confirmation that any interception by GCHQ in these cases was undertaken lawfully and proportionately, and that where breaches of policies occurred they were not sufficiently serious to warrant any compensation to be paid to the bodies involved.”

“GCHQ takes procedure very seriously.  It is working to rectify the technical errors identified by this case and constantly reviews its processes to identify and make improvements,” the spokesperson continued.

GCHQ declined to answer further questions on why they specifically targeted rights bodies, including the EIPR, when approached by Daily News Egypt.

The revelations by the US’ National Security Agency intelligence worker Edward Snowden about the extent of surveillance by the British and American governments evoked mass public and civil society outrage internationally. Information he disclosed revealed that their intelligence agencies were collecting massive amounts of telephone and email communications, and other private digital information.

GCHQ say: “Our Counter Terrorism and Serious Crime teams tackle some of the most difficult challenges facing the UK. Whether it’s global terrorists, paedophile networks or organised criminals bringing illegal drugs into the country, GCHQ uses our strong partnerships and the latest technology to protect the UK from a range of threats.”