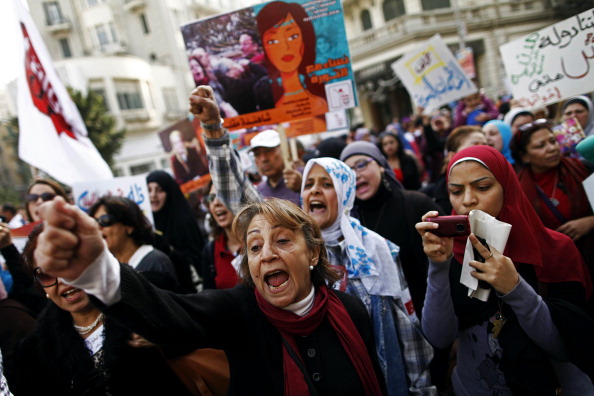 The Egyptian Initiative for Personal Rights (EIPR) released Tuesday a statement commenting on the cabinet’s national strategy for combating violence against women, which was announced in April.

The initiative said it appreciates the significance of such a strategy in principle, but expressed reservations over the details of the strategy. The EIPR offered recommendations on how to improve the strategy.

While the EIPR applauds the strategy and its overall aims in theory, it has voiced concerns over shortcomings in its approach.

The initiative contends that the strategy makes efforts to comply with international standards, but falls short of doing so.

The national strategy is set to be implemented over five years, in the period of 2015-2020. It was drafted by the National Council for Women in cooperation with several ministries, other state and religious institutions, as well as NGOs.

The strategy opens with a vision, a message, and objectives, which are composed around four main themes; prevention, protection, intervention, and prosecution and litigation.

It then outlines a summary of executive plans and performance indicators. In addition to this, it contains six appendices.

Among the main objections to the strategy is its vague definition of sexual violence, often linking it to moralistic perspectives. The EIPR believes this language should be divorced, and the focus should be more on rights-based definitions.

It believes that the definition should be much broader than it currently is, extending to protect men as well as women from the phenomenon, and that it should transcend the vague charge in the Egyptian penal codes, identified as “moral assault”.

This charge covers all forms of sexual assault not classified as rape. Rape, in Egyptian law, and also in the strategy, is defined as “[vaginal] sexual intercourse with a female against her will”. This disregards the more broad definition put forth by the World Health Organization, which is “physically forced or otherwise coerced penetration of the vulva or anus with a penis, other body parts or object”.

The EIPR also voiced discontent with the strategy’s disregard of what it views as the two most dangerous forms of violence against women; violations committed by security personnel, as well as collective sexual violence.

The initiative recommends opening a transparent investigation into the violations committed by security services. In addition, it advocates recognising the extent of collective sexual violence, and allocating resources to combat it, as well as providing training for health and security officials in how to deal with such cases.

The statement also recommends incorporating comprehensive sexual education for both sexes in schools and other social institutions, as a method to reduce violence against women at an early stage.

The initiative adds that there should be more precise, accurate quantitative and qualitative indicators to measure performance. Lastly, they recommend expanded involvement of civil society organisations in the assessment, implementation, and follow-up of the strategy.