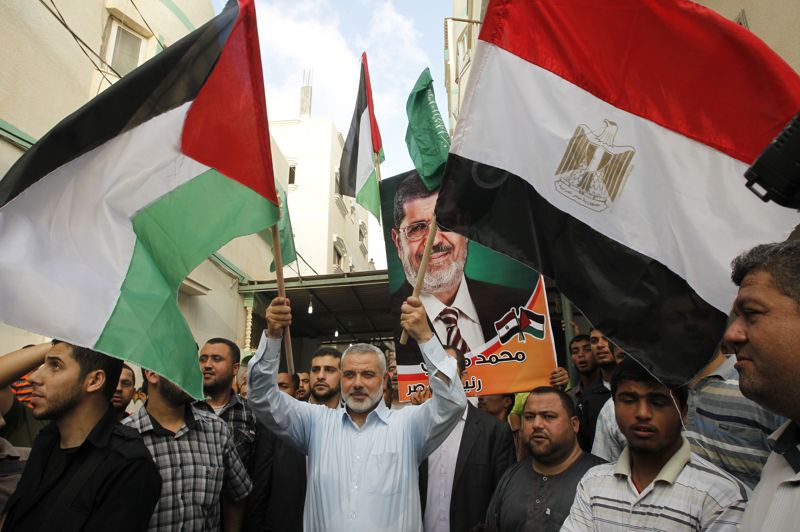 The Cairo Administrative Court postponed Tuesday the trial regarding the banning of Hamas members from entering and leaving Egypt to 2 August.

Samir Sabry, the lawyer who filed the lawsuit, said that members of the Palestinian group should be banned from leaving the country, until the Egyptian authorities investigate the killing of 16 army personnel last April.

Sabry had previously filed other lawsuits against Hamas accusing the group of participating in different “terrorist” attacks against Egyptian security forces.

The tension in relations between Egypt and Hamas reached its peak in February, when the movement was designated a “terrorist organisation” by a court decision. The decision was later appealed and cancelled by the State Lawsuit Authority.

Last week, former president Mohamed Morsi was given a life sentence for espionage in relation to Hamas and a death sentence in the “prison break” case. The evidence in this case included collaboration with Hamas members to escape Wadi El-Natrun prison.

Hamas, de facto rulers of the Gaza Strip, has been accused by Egypt of meddling in its internal affairs and supporting Islamist insurgents in Sinai. However, Hamas has denied the accusations on several occasions.

In March 2014, an Egyptian court banned the activities of Hamas inside Egypt, and confiscated the group’s offices. The Cairo Court of Urgent Matters also designated the Al-Qassam Brigades, Hamas’s military wing, as a “terrorist group” on 31 January.

Key figure Mahmoud Al-Zahar previously told Daily News Egypt there are no headquarters or individuals belonging to the group in Egypt, and there is no proof of Hamas interference in Egyptian affairs.

Hamas representatives came to Cairo in August 2014 during talks aimed at securing a ceasefire between Palestinian factions in the Gaza Strip and Israel.

In August 2014, Israel waged a 50-day war on Hamas in the Gaza Strip in a military operation that killed and destroyed the homes of thousands of families. Hamas in response killed about 88 Israeli soldiers and six civilians, according to the Israeli Defense Forces (IDF).

The Rafah border crossing between Egypt and the Palestinian territories is currently open.