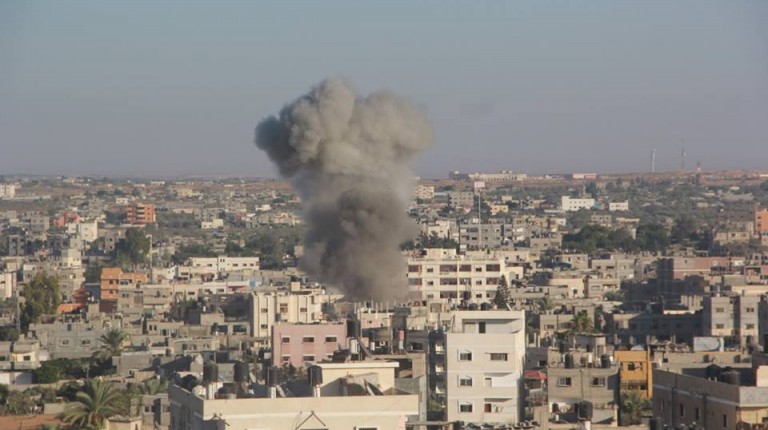 The UN Commission of Inquiry for the 2014 Gaza war released its report Monday, stating it had gathered “substantial information pointing to the possible commission of war crimes by both Israel and Palestinian armed groups”.

The report criticised both sides for a lack of investigations into possible war crimes or violations of human rights. It also accused the Israeli authorities of a lack of cooperation, not responding to requests and denying the commission access to the occupied territories.

Headed by US Judge Mary McGowan Davis, the commission demanded that “Israel must break with its lamentable track record in holding wrong doers accountable”, adding that “accountability on the Palestinian side is also woefully inadequate”.

Possible war crimes include the shelling of living areas by Israeli troops and airplanes, and the indiscriminate rocket and mortar fire by Hamas directed at Israeli civilians.

The Israeli Foreign Ministry reacted on Monday by echoing its earlier statements about the year-long inquiry, accusing the UN Human Rights Council of being “a notoriously biased institution”. The Israelis also called the report a waste of time.

Hamas, the Palestinian group in control of the Gaza Strip, applauded the condemnation of Israeli action, while ignoring the report’s accusations against itself.

The seven-week long 2014 Gaza war, triggered by the abduction of three Israeli teenagers in the West Bank and an ensuing crackdown by Israeli forces in the West Bank, claimed the lives of 1,462 Palestinian and six Israeli civilians.