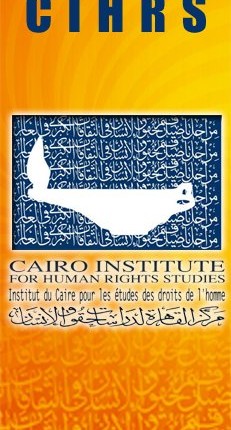 The Cairo Institute for Human Rights Studies (CIHRS) released a statement Wednesday in which they renewed their call for dialogue with the Egyptian authorities, chiefly the Ministry of Social Solidarity.

The statement comes as part of an exchange between the rights group and the ministry, after an investigation was launched against the former.

The statement condemned ongoing human rights violations and efforts to curtail human rights groups and defenders. It also condemned what it called the interference of the executive branch of the government in judicial affairs.

The investigation came earlier this month after, CIHRS Director Bahey El-Din Hassan spoke at a hearing of the Human Rights Committee of the European Parliament. Hassan discussed the human rights violations in the country, the lack of accountability for them, and pointed to the politicisation of the judiciary as a main factor contributing to the abuse of power.

The Ministry of Social Solidarity responded to CIHRS’s previous statement, which condemned the investigation for possible links to the hearing, denying the rights group’s allegations. The government maintains that the investigation was ordered by an investigating judge in the “foreign funding” case.

CIHRS goes on to name several human rights organisations that were denied registration under the ministry. One such case was the rejection of registering the Arab Center for the Independence of Judges and Legal Professions.

The ministry claimed the name was not suitable, as the organisation was going to work in Egypt, not the Arab world. It added that, in any case, the independence of the judiciary was guaranteed in the constitution.

Since the 25 January Revolution, NGOs in Egypt have been facing a crackdown by successive administrations. The state usually cites “foreign funding” as criminal charges against the organisations.

CIHRS recently moved its main headquarters to Tunisia, citing threats to its operations due to repressive laws and practices in Egypt.