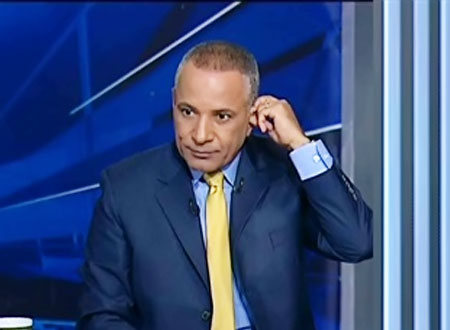 Moussa had received a final prison term and an EGP 20,000 fine for insulting, defaming and disclosing untrue facts about Osama Al-Ghazali Harb, head of the Democratic Front Party. In April, Moussa also lost a defamation case to activist Esraa Abdel Fattah and was fined EGP 15,000, as well as a similar case with lawyer Tarek El-Awady, whom he falsely accused in public.

“The verdict is a victory for press freedom and expression of opinion,” Moussa said, who appeared on the same night on his daily show “On My Responsibility”, broadcasting on Sada El-Balad TV channel.

“This is a support not for me personally, but for the freedom of press, guaranteed by the law, especially in defamation cases, and only those cases,” added Moussa. He went on to thank his colleagues in the business for their solidarity, claiming he had never insulted anybody throughout his career in television.

Moussa also said that “I would not want to cause some ear pollution by saying his name”, in a clear reference to his opponent, whom he accused of being a traitor who aims at demolishing the state’s police, military and judicial institutions.

Moussa also criticised the Press Syndicate, being an Al-Ahram journalist himself, for “not playing its national duty during the crisis”. The TV host was strongly supported by Hosni Mubarak’s lawyer Farid El-Deeb’s office, as well as some public figures, such as journalists Mostafa Bakry. A gathering of civilians also gathered outside the court, chanting in his favour.

Among the crowds was a woman who gained notoriety for publicly insulting TV satirist Bassem Youssef, supporting President Abdel Fattah Al-Sisi, and most of all addressing US President Barack Obama, in a video that was subject to public mockery.

Harb’s lawyer, Ramy Ghanem, said the same judge convicted Moussa in Abdel Fattah’s case, explaining that the current case has been ongoing for 10 months, on which lawyers and defendants worked “under pressure”, but did not give in.

Ghanem denied alleged reports that Harb reconciled with Moussa or ceded to withdraw his complaint.

Controversy had emerged when Moussa publicly defied lawsuits against him, arguing that nothing would stop him, in addition to being a fugitive despite court orders to imprison him.

Conflicting press statements were made both in favour and against the ruling. Eventually, the law ruled in favour of Moussa, as there are no prison sentences in defamation cases, unless the defamer attacks one’s “honour”.

The court is yet to detail the reasons behind the new verdict, as it was the same judge who sentenced Moussa to prison in the first place.