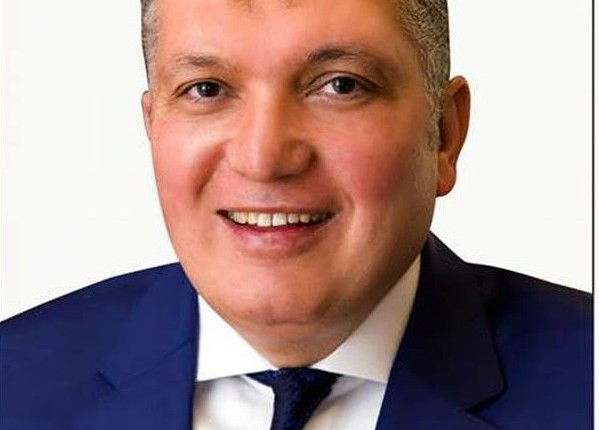 The percentage of Cairo hotels’ occupancies over the first week of Ramadan was stable at between 20% and 30%, according to Egyptian Tourism Federation Board Member Hussien Shokry.

Shokry told Daily News Egypt that he expects that over the last 10 days of Ramadan, occupancies will reach 70%, coinciding with the current increase of occupancies for the Eid Al-Fitr holidays.

What are the tourism occupancies in Cairo hotels over the first week of Ramadan?

Before answering this question, we have to be aware of the fact that hotel capacity in Cairo amounts to 30,000 rooms. In regards to hotels’ tourism occupancies, in the first half of Ramadan, full occupancies are low, because Arabs prefer to spend this period with their families in their countries. Over the first week of Ramadan, it varied between 20% and 30%. Anyway, the current percentage of occupancies is better than the percentage over the past year, which did not exceed 20%.

On the other hand, we expect that average occupancies over the last days of this Ramadan will reach 70%.

What about the second week; will occupancies remain at this rate?

Over the second week, hotels in Cairo depend mainly on the events of iftar, held by companies for their employees. Compensating for the low percentage of occupancies over the first half of Ramadan, these events revive hotels financially, even though this revival does not reach the amount of revenues obtained from guests’ occupancies for rooms.

What are the companies celebrate that most iftar gathering events in hotels for their employees?

There are very large companies that celebrate iftar gathering events in hotels for their employees during Ramadan, the most important ones are real estate, communications and insurance companies, as well as banks.

You mentioned that over the last days of Ramadan, percentage of occupancies in Cairo hotels would reach 70%. What are the nationalities that are most likely to book rooms over this period?

Arab tourism will play a big role in raising the average rate of occupancies. The nationalities that booked the most were from the Arabian Gulf, especially Saudi Arabia, Kuwait and the UAE. I expect that Arab tourism will be in very good condition over this summer. Improvement will start by the last days of this Ramadan.

Do you expect any increase in Cairo hotels’ accommodation prices over the current season?

However, prices did not exceed a 25% increase, despite the huge price increase of food products and energy lately.

Cairo has many hotels that can be divided by location: close to the airport, east Cairo, downtown Cairo, and close to the Pyramids. In your opinion, which of them has larger occupancies?

In the last period during Ramadan, hotels in the Fifth Settlement have more occupancy, followed by hotels in east Cairo: Heliopolis and Nasr City, and then the hotels overlooking the Nile, and at the end come hotels in the Pyramids area. Although Arabs own apartments in Cairo, they prefer staying at hotels to get tourist services and parties after Iftar and even Sohour.

Are there offers for Arab tourists by Cairo hotels?

Of course there are very good offers for Arab tourists in the current period, the most important of which are getting one or two extra nights if their stay is a week long, and exempting children under six years from paying for their stay. In Ramadan, hotels take great care of Arab tourists. There are discounts that reach 50% in hotels for Arab tourists if they are spending the Eid Al-Fitr holiday in Egypt. All this will work on growing Arab tourism in Egypt over 2015 compared to last year. Last year, Arab tourism fell to 1.6 million tourists compared to 1.8 million in the previous year.

Will there be a breakthrough in Arab tourism during 2015?

We hope so. The Ministry of Tourism and the Egyptian Federation of Chambers of Tourism are working together to raise the flow of Arab tourists to more than 2 million tourists by the end of 2015. In the last period, there was coordination between the federation and the Tourism Activation Authority (TAA) in promoting Egypt, especially in the countries of the Arab Gulf.

Arab tourists complain of high prices compared to competing tourist destinations in the region. What are your views on this?

Indeed, this is a big obstacle, but the accommodation services in Egypt are the cheapest in the Middle East. To be more precise, the problem is first, there is an increase in EgyptAir tickets, and tickets constitute the bigger part of the cost of a tourist programme. This is what gives Arab tourists the feeling that accommodation in Egypt is more expensive than other places, especially in Turkey. The ministry and the federation are working on solving this problem with the Ministry of Aviation, by offering suggestions of reducing prices of tourist visits to Egypt. During 2014, tourist programmes for the Arab region were launched in this framework, they were very successful and we should repeat them once more. Second, the Arab tourist places reservations at the last minute, which raises the prices compared to reservations by foreign tourist agencies much earlier, which gives them relatively lower prices.