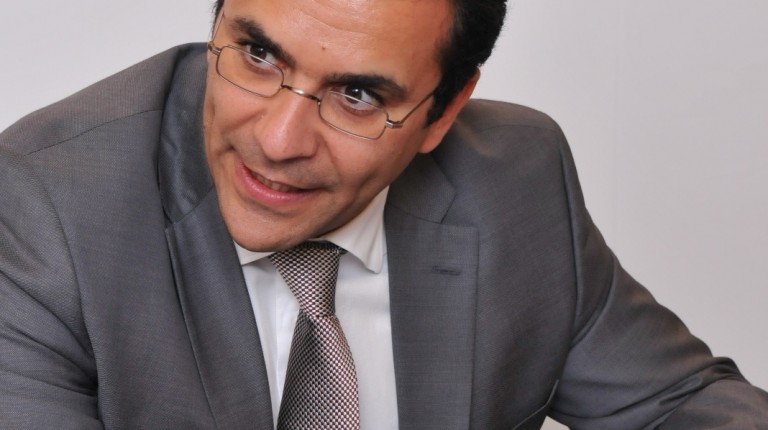 Khan El-Khalili, Cairo’s source of authenticity and art; through the old alleys that have always been inhibited by tens of craftsmen and artisans, the country’s history is captured by the people as well as their handmade masterpieces.

Each wrinkle is a story, each precious stone is a resurrected fragment of history, and each piece of jewellery is a story being told for the first time.

“This is ‘Khan El-Khalili’ the most spirit-full place ever in its tiny little details that are widely inspiring!” said Yasmin Shebawi a student at The Design Studio working on mastering jewellery-making.

As part of a strictly creative syllabus, The Design Studio, a local teaching facility, gave its students the theme of Khan El-Khalili for their end-of-semester exhibition.

“Every semester, we organise a student exhibition in a different place. Mainly we make a selection of the most powerful pieces and showcase them to the public because presenting to the world and getting feedback is very important for the students,” said Estela Saez, school director.

“At the beginning and on their first exhibition, they get scared and distracted by so many ideas, so we try to guide them through themes,” said Makhoul.

The 16 students who varied in background, age, nationality and even level of mastering the silversmith craft, rounded up the place’s heritage in the most modern and contemporary methods possible.

“We had to work on our first collection, so I chose some Egyptian house hold objects and I wanted to study and modernise them. First I studied the window basket and in my mind I thought ‘what if Ikea was to design a bit of a modernised version of the traditional object’, and so I turned them into earrings and stylised rings and then I worked with El Makhrata, a curved knife with two handles, and started playing with the shapes and patterns,” said one of the students, May Wahdan.

Such wide range of ideas in light of an even wider margin of creativity gave the promising talents the ability to expand outside the common choices of materials, such precious stones, silver and gold.

“Priscila Branca from Brazil decided to work with horse hair and she came up with a beautiful piece. Then we also have other students who worked with Shisha, Sheikh el-balad, and incense. So we make them experiment a lot as we encourage them to try new materials,” said Saez.

The teaching process encourages students to be independent artists who are capable of developing concepts and bringing them to life, as well as pricing them and dealing with customers. Accordingly, the studio holds several occasional exhibitions that offer the students an outlet to sell their items and experiment in dealing with clients.

“Some students do not want to sell their items, but we push them to deal with customers,” Makhoul added. “As for the pricing, some suggest very high prices but we let them try and experience the feedback themselves.”

Even though the complete diploma takes three years, many feel confident enough to start their career after one semester only. Meanwhile, the school’s instructors and directors are always keen on creating a family system that would encourage the graduates to come back for assistance whenever needed.

Simultaneously, Wahdan is one of the students who have finished four semesters over the course of two years, and still plans on coming back for her final year.

The design studio was founded by Azza Fahmy, local pioneer jewellery designer, after a successful project in Aswan that encouraged Fahmy to pursue a partnership with Alchemia School of contemporary jewellery, which still provides the studio’s curriculum until now.

“The design studio is a full time school with classes and pop-up quizzes. Our minimum age for admission is 18, yet we do not have a maximum age, as long as the student is capable of holding a torch and mastering the tools,” said Makhoul.

According to Makhoul, despite the fact that Fahmy is the founder, she does not teach at the school. Instead she visits for guiding, inspiring and talking with the students about main principles. Also, contrary to popular belief, the students are never asked to work on anything related to Fahmy’s renowned designs.

The students’ beacon of inspiration made sure to stop by their exhibition to assess their work, as well as congratulate them on the significant milestone.

“I am so happy that they are super creative, they are flying with no boundaries; which is very important for education, because only good education can expand intellectual limits. Their results are quite outstanding and promising,” said Fahmy.

The creative hub is located near Darb 1718, a prominent artistic centre, in order to put the students in an inspirational environment where they can incubate their artistic visions.

The place’s greatest goal is not only to educate and harbour the upcoming talents, but also to save one of Egypt’s oldest crafts from decaying and vanishing. The Design Studio works on outsourcing crafters to help them sustain their talent as well as evolve.

The experienced artisans from areas such as Khan El-Khalili present great help to the students as they teach them the market’s local vernacular. At the same time, the crafters themselves turn to the studio to work on their designing side as some of the school’s students are over 60 years old.

The hub’s great vision aims at incorporating the current students in the teaching process as the students who show promise are expected to be instructors in the future in order to maintain a balance between local and foreign instructors.