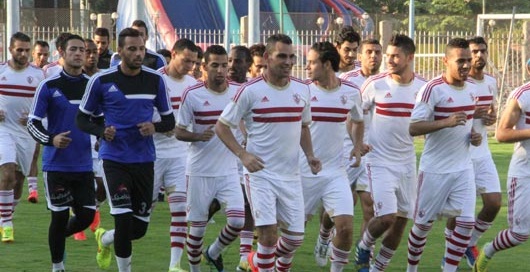 Almost at the end of Egypt’s Premier League season, and with the Egyptian Football Association’s decision to shorten the periods between the remaining games, the games are currently being held almost every three days. Officially, there are three weeks remaining in the tournament held this season, through 38 rounds.

The games of the 35th round started at the beginning of Ramadan. Of course, the fasting and the change in the games’ dates have significantly impacted the results of the first round, where eight out of 10 games ending in a draw, six of which ended with goalless draws.

Zamalek, which is currently in first place, also did not succeed in maintaining their winning streak. It tied with Petrojet, currently in tenth position, 1-1. Consequently, Zamalek lost two important points while seeking to reap the title this season, which it has not won for more than 10 years.

However, Zamalek’s usual rival, the defending champions, Al-Ahly, were no better off. The team also tied 1-1 with Gouna team, who are in 14th position. Moreover, Enppi, the current runner-up, tied 0-0 with Misr El-Makasa, so the competition continued between Ennpi and Al-Ahly over second position. The nine-point gap between both of them and Zamalek remains, as the latter takes the first position by 74 points from 31 games, while Enppi and Al-Ahly come in second and third positions, respectively, with 65 points. Al-Ahly have played 32 games, while Ennpi have played 35.

Alassiuty Sport, Ala’ab Damanhour, and El Nasr were relegated to the second tier, whilst El Raja became the most likely to join them, along with one of the five teams of Dakhlia, Al-Masry, Gouna, Ittihad El-Shorta, Al-Ittihad Al-Sakandary, from the 16th position to the 12th positions, respectively. The difference between the positions is only three points.

This season’s league featured 20 teams, while five will be dropped and another three are set to replace them, leaving 18 teams to participate in the upcoming season of the Egyptian Premier League.