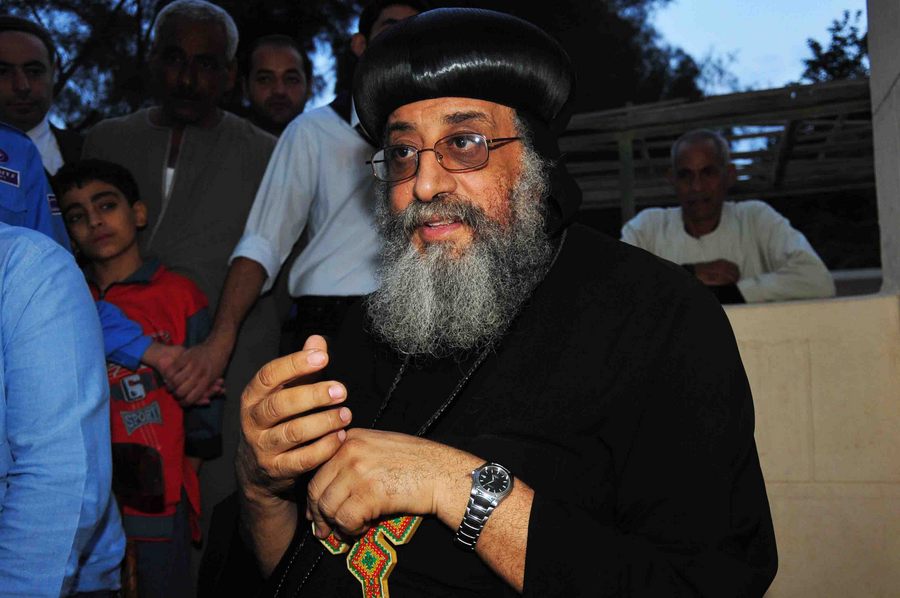 Officials within the Coptic Church have responded to calls by activists to isolate Pope Tawadros II over his handling of the issue of divorce as unacceptable.

The Council of the Coptic Orthodox Church of Alexandria have said the Pope is divinely chosen and isolating him is a “red line”. The Council’s comments came in response to calls by certain Coptic activists to organise under a movement called “rebel” (tamarod) and “the shout”, to isolate Pope Tawadros II.

On Wednesday, Christian activists had called for the Pope to resign his position and return to the Monastery he lived in until November 2012, prior to taking his current role. It is a call which the media has called the first of its kind in the history of the church.

The campaign focuses on a long-time dispute within the church, with activists calling on the establishment to allow its followers to divorce and have the church’s permission to remarry.

In comments to local media on Wednesday, movement leader Isaac Francis called the Pope’s failure to solve the problems of people affected by the rules on marriage within the church. He suggested Pope Tawadros II has spent more time abroad in Europe and America than serving his domestic Coptic community. Furthermore, the Pope angered the movement’s followers when they demonstrated to demand to meet him and he turned them over to the police.

Groups within the church called on the Pope to reform laws to permit remarriage on several grounds including impotence and domestic violence, but they say the Pope has proved unmovable.

In comments to local media, Mohsen George, a member of the Council of the Coptic Orthodox Church, said: “The call to isolate the Pope is totally unacceptable to the people and the Church… Pope Tawdros II is the choice of God the Lord.”

“The church teaches obedience to its leadership… it is not a crime to discuss issues within the church, but it should be done in a decent manner,” George told Al-Masry Al-Youm newspaper. He also called on the media to exercise caution when publishing information that could cause discord within the church.

“Re-marriage is an issue that affects many within the church,” Wael Eskander, a commentator on Coptic and political affairs, told Daily News Egypt. “The Pope is trying to keep the issue of marriage under church jurisdiction, rather than under state legislation. To do this he is keeping close to government so that the church can keep control over the issue.”

Eskander says that Pope Tawadros II has been against any large change within the church, and is isolating the younger generation who took part in the revolution.

“He is one of the worst spiritual leaders we have had in recent times,” Eskander said.

“What’s most disappointing is that this opposition movement has come about over this issue. As opposed to the cosying up of the Pope to the regime, the way he has spoken out against human rights and taken up state rhetoric on the war on terror. Or even how he blamed the Muslim Brotherhood for the Maspero massacre, rather than holding the army to account,” Eskander said. “I think he is playing a game of politics that he will lose in the end.”