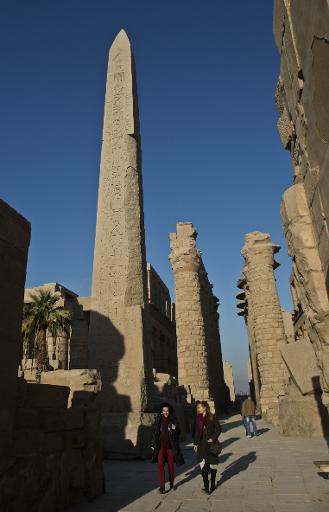 Friday’s attacks in Tunisia, Kuwait and France, in addition to other attacks in Kobane and Somalia, have sparked fears among experts that the strategies utilised by militant Islamist groups, particularly those affiliated with “Islamic State”, are changing.

The attacks in Tunisia, Kuwait and France were widely condemned in Egypt. The condemnations came from religious institutions, including Al Azhar and Dar Al-Ifta. They also came from a wide spectrum of political parties and governmental bodies, including Prime Minister Ibrahim Mehleb’s cabinet and the Ministry of Interior.

Military expert Brigadier-General Khaled Okasha told Daily News Egypt that there is certainly a shift in the terror strategy that targets civilians and tourism, rather than targeting security forces, as had been the focus previously.

Okasha added that security forces cannot be everywhere and cannot protect every place with civilians, but does its absolute best to guarantee the safety of citizens.

When asked whether hotels and tourist sites have been provided with more security, he said to some extent. He clarified that they do not receive more security, but that tourist police are specialised in dealing with such dangerous situations. He pointed to the foiled suicide bombing in Luxor as an example of their expertise.

Egypt recently suffered an attack on one of the most renowned temples in Luxor, as well as the shooting of two police officers at the Pyramids of Giza.

Nafa’a said that Egyptian authorities are aware that although security forces are the main target of terrorism in Egypt, that there could be more focus in the future on touristic locations.

He said that Egyptian security officials have responded to increased threats on tourism, crowded areas, and churches accordingly. He highlighted, however, that this does not guarantee protection.

Nafa’a pointed to attacks in France, a “strong, advanced country” as an example of how no country is guaranteed to be safe from extremist violence. He also said that the degree of democracy in any country is not an indicator of whether it will be targeted, justifying this by pointing to Tunisia’s attacks, despite its successful democratic transition.

He added that any regime or country that opposes “Islamic State’s” self-declared Caliphate is in danger, and is targeted by extremists.

Military expert General Hamdy Bekhit told Daily News Egypt that all countries are possible targets. He said that when it comes to terrorist groups, they do not differentiate between targets, but attack wherever they can.

However, Bekhit said that in Kuwait, for example, the goal of the attack was to sow sectarian conflict amongst the community. In Egypt, he said, the aim of violent extremists is to topple the state.

Bekhit added that there are strategic plans to counter threats similar to the latest ones. He added, however, that for security sources to physically protect all crowded areas is impossible. He said that security forces rely on intelligence and information-gathering to foil terrorist plots.

He said that the military extracts information from suspects who are caught in incidents, such as the suspect who was injured during the recent attack in Luxor.

The attacks in Kobane, Tunisia, and Kuwait were claimed by “Islamic State”, and the eyewitnesses in France said they saw the group’s flags with the attackers, though there are no official confirmations of this.

France’s attack left one person killed by decapitation. The body was found with Arabic writing on it. The attack in Syria, in which “Islamic State” militants disguised themselves as Kurdish fighters and infiltrated the Kurdish-controlled town of Kobane, left well over one hundred dead.

The leaders of Kuwait and Tunisia visited the sites of the attacks in their respective countries. The French Prime Minister warned Saturday that there could be more attacks. Tunisia also took further measures by announcing the closure of 80 mosques not under government control.

Egypt has been engaged in a war on extremist violence, mainly in the lawless North Sinai region. A group that was known as Ansar Beit Al-Maqdis has pledged allegiance to the “Islamic State” and now calls itself “State of Sinai”. The group has mostly targeted security personnel and installations.

However, the recent attacks on touristic targets have triggered fears in a shift in terror strategy. With the attack in Tunisia especially, targeting tourists has exacerbated the fear that extremists may be turning towards civilian targets rather than security ones.