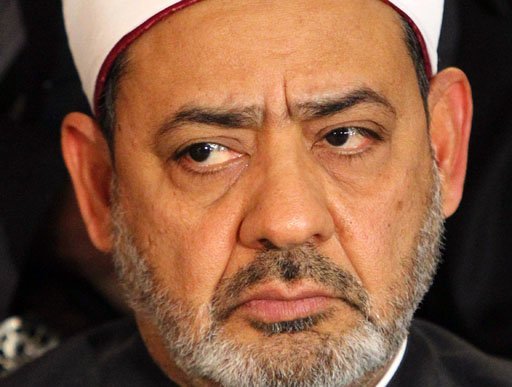 He said the main cause of the campaign launched by Al-Azhar against the Shi’as is the frequent attacks by Shi’a groups, which developed into interference in the political affairs of the country and killings. He added that it is therefore better to protect youth from believing in this.

“The matter seems political and those campaigns are funded by the Saudi regime,” Ahmed Rassem, an Egyptian Shi’a scholar, told Daily News Egypt. “It is only an extension to the centuries-long war against Shi’as, but the obsession is recent and increasing with foreign support. The Yemen war for example is mainly against Shi’as and is led by Saudi Arabia.”

According to Rassem, there is no real crackdown on Shi’as in Egypt, but rather official statements.

However, on Saturday, the Ministry of Religious Endowments announced an inspection of the offices of some mosques in Giza, to filter out any books that contain “inciting” speech.

In the Islamic Thought Forum, held by the Ministry of Religious Endowments on Saturday, an official ministry statement read: “There are dangerous attempts to take over the role of Al-Azhar internally and externally.”

The ministry also said there should be an emergent and well-addressed plan through the relevant state institutions, such as Al-Azhar, Dar Al-Ifta, and the Foreign Ministry, as the role of those elements is slowly receding.

Mohamed Salem, from Al-Azhar University, said during the forum: “The Shi’a insult the Prophet and his fellows,  it is one of their core beliefs.”

There is no clear indication of the number of Shi’as in Egypt, but unofficial sources claim the community numbers 18,000.

The Ministry of Religious Endowments, alongside Al-Azhar University, has undertaken several acts towards those who allegedly supported Shi’a, or Sunni extremists or the banned Muslim Brotherhood group.