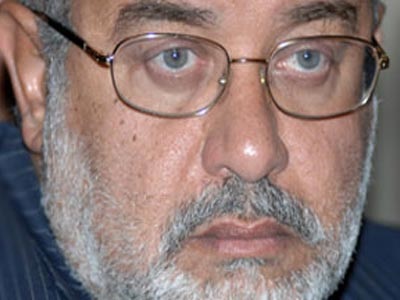 The mortgage system in Egypt faces many challenges that prevent its strong launch in the market, according to Alaa Fikri, member of Real Estate Investment Division at Federation of Egyptian Chambers of Commerce (FEDCOC) and CEO of Beta Egypt for Urban Development.

Fikri further pointed to the large number of required documents from the client to receive the funding, as well as the long procedures and bureaucracy, in addition to high interest rates on financing units, ranging from 14 to 17%, as hindrances for the mortgage system.

Fikri added that the real estate investment companies have shown great keenness to activate the funding system and provide access to a large segment of customers. In addition, the activation will contribute to developing the real estate sector and increasing units’ marketing rates.

Furthermore, the activation of the mortgage system allows companies to obtain the full price of the housing unit, instead of resorting to instalments with the client.

Fikri noted that this would ensure a quick return from the projects, and the money can be used in other projects and expansions.

Meanwhile, head of Real Estate Export Council Alaa Lotfi said that the problems faced by the mortgage are the lack of lands with facilities, adding that the private sector should work with the government to facilitate the lands for housing projects.

Lotfi pointed out that Egypt has many lands to exploit, stressing that the participation of the private sector is the solution to increase the size of valid lands for housing.

“The government is not able to provide the required land alone, and if there is a fear of the high prices of land, [it can be purchased] by tender not bids, so as to pay for the lands with a cheaper price,” added Lotfi.

Head of Construction Committee at Egyptian Businessmen’s Association (EBA) Fathallah Fawzi said that the lack of land crisis contributes to the increase of housing units’ prices in the market.

Fawzi added that applying bidding mechanisms for lands, which brokers participate in, raises prices to EGP 5,000 per sqm, especially in areas suffering from the scarcity of land, like New Cairo.

He noted that the government has to put forth a land development plan, and is committed to providing lands during successive periods, which would contribute to supporting developers.

“As well, the government is committed to providing suitable lands for the junior investor who is looking for good opportunities to invest in the sector on a regular basis,” Fawzi said.

Mortgage companies have raised the funding provided in the real estate sector to EGP 270.4m between January and March 2015, compared to EGP 126.5m in the same period last year.

The total sum of mortgages granted by all companies since the beginning of the real estate finance activity until the end of March 2015 increased to EGP 5bn. This figure compares to EGP 4.4bn during the same period in 2014, indicating an increase rate of 16.4%, according to the Egyptian Financial Supervisory Authority (EFSA).

In February 2014, the Central Bank of Egypt announced it had allocated EGP 10bn ($1.44bn) to finance low-income housing projects, with the aim of boosting the construction and real estate sectors.

The money will be sent to the banks in the form of deposits, over a period of 20 years at low interest rates. Low-income citizens who qualify to benefit from the programme will be lent the money at a yearly interest rate of 7% to 8%.

Mortgage Finance Fund head Mai Abdel Hamid said the real estate market is suffering from a deficit of two million housing units annually, affirming that partnership with the private sector is the solution to increase the number of housing units.