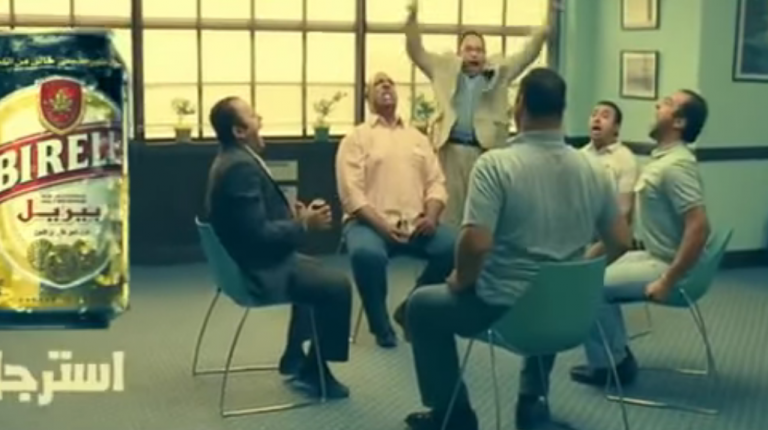 The yearly marathon of Ramadan series has started, raising waves of praise and criticism by thousands of viewers, who share their thoughts and judgments daily on different social media sites.

Like last Ramadan, most of the series this year focused on tackling social issues, such as “Waly El-Aahd”, starring Lucy, Hamada Helal and Ola Ghanem. The series sheds light on the fierce disputes between family members surrounding inheritance. “Taht Al-Saytara” (“Under control”), starring Nelly Kareem and Zafer Al-Abiden, tackles the issue of drug addiction through presenting different characters who resemble all the possible models of drug addicts, providing viewers with a lot of information about the symptoms of addiction and withdrawal.

Other series tackled daily family problems in a sarcastic frame, like “Yawmeyat Zoga Mafrosa Awi” starring Dalia El-Behery, whilst others tackled the corruption of businessmen and their intimate ties with government, like the series “Wesh Tany” (“Another Face”) starring Kareem Abdel Aziz.

But perhaps the most attention-grabbing aspects of this year’s series is the emergence of the fantasy genre of drama. “Alf Leila w Laila” (“One Thousand and One Nights”), is one of the few series that took fantasy and fiction as a main dramatic line. It aims to revive and represent the heritage of the old folk tales compiled during the Islamic Golden Age.

The series tells the famous story of Sultan Shahriyar, who slaughters women everyday due to a childhood complex, until he marries the intelligent Scheherazade, who narrates a set of tales to him over 1001 nights to prevent him from killing her.

The series, starring Sherif Mounir as Shahriyar and Nicole Saba as “Scheherazade”, uses advanced graphic effects and animation technologies to take the viewers into long epic journeys across the seven seas. The series’ characters are involved in fierce battles with Jinn kings and legendary monsters.

Although “Alf Leila w Leila” has been introduced to the Egyptian drama many times before and was turned into “Fawazeer” (a popular Ramadan game-show) by Sherihan, this Ramadan’s edition attracted the attention of large numbers of audiences. They have been fascinated by the extravagant decorations, the royal clothes, the fairy tales and the mind-blowing music that was recorded in the US before shooting the series. The series was written by Mohammed Nayer and directed by Raoof Abdel Aziz.

On the other hand, “Al-Aahd, Al-Kalam Al-Mobah” (“The Covenant, the Permissible Speech”) is another successful fantasy series this Ramadan. The series, starring Asser Yassin and Kenda Alloush, goes back in time to an ancient fantasy era, blending magic, crime, conflicts and horror with excitement and drama, all within a unique breathtaking atmosphere.

The story takes place in three villages, Kafr Al Qal’aa, Kafr Natat El-Heit and Kafr Al Neswan, in which three big families struggle to dominate money and power and never hesitate to lie, steal or kill others to reach their dirty goals. The series was written by Mohammed Amin Rady and directed by Khaled Mar’y. The pair first introduced this kind of fantasy drama last year in “Al Saba’ Wasaya” (“The Seven Commandments”) series, although this mixed realism, thriller, mystery with fantasy.

Although Egyptian fantasy drama is still at an early stage that needs to be developed and improved, these kinds of works indicate a turning point in the field. This can be seen in terms of decoration, clothing, accessories, special effects, and music and soundtracks needed to capture the viewers into their imaginary worlds.

Over the years, many critics and filmmakers used to argue that fantasy and science fiction are not a suitable genre of arts for Egyptians. They claim that ordinary viewers will not accept it as they do with American and European movies. However, these successful fantasy drama experiences came to nip this claim in the bud, opening the door for more creativity, away from the repeated ideas and solid drama templates we have been consuming for years.