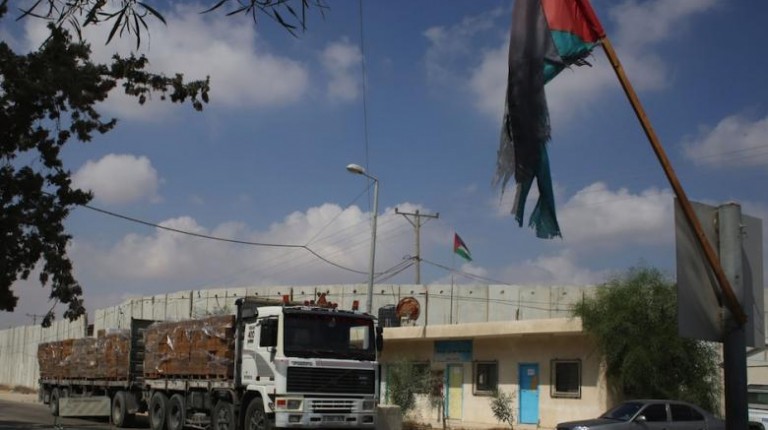 The Swedish ship was part of a flotilla that included two other ships, carrying food and building materials to the Gaza Strip. The vessel had Arab-Israeli Member of the Knesset Bassel Ghattas, along with former Tunisian interim president Moncef Marzouki aboard.

Marianne was approximately 150 nautical miles off Gaza’s shore when it was intercepted. The two other ships turned back after news of the ship’s interception. It was not immediately clear what their new destination is.

Marianne has been redirected to Ashdod, and is expected to arrive within 12 to 24 hours of its seizure, depending on weather and sea conditions. Its occupants will be interrogated before being taken to Ben-Gurion Airport to be flown out of Israel.

“This flotilla is nothing but a demonstration of the hypocrisy and lies that only help Hamas and ignore the atrocities in the region,” Israeli Prime Minister Benjamin Netanyahu said via his Twitter account, following the seizure. He also praised the IDF for the seizure, and defended the blockade, saying that it is in accordance with international law and prevents weapons smuggling to Gaza.

He further defended his government’s policy on Gaza by saying “the Gaza Strip is not under siege”, and that all types of goods enter it via Israel. This statement was accompanied by an infograph alleging that 800 trucks and 1.6m tonnes of food have been allowed into the territory since January.

Netanyahu’s office reportedly distributed a letter to the ship through the military, welcoming them to Israel. The letter read: “Perhaps you meant to sail somewhere else nearby – Syria, where Assad’s regime is massacring his people every day, with the support of the murderous Iranian regime.”

The effort is a revival of a similar event in 2010, then known as the ‘Freedom Flotilla’, aimed at ending the Israeli-Egyptian blockade on Gaza. That flotilla was raided by the IDF, and nine activists on board were killed, sparking an international condemnation of Israel’s response.

Following the incident, several other similar attempts were planned, but none actually set sail until now.

The ship and its would-be companions aimed once again to break Israel’s embargo on the Gaza Strip, which severely restricts the flow of goods and people in and out of the densely populated area.

Israel controls three border crossings with the Palestinian territories, while Egypt controls one. The Egyptian government has also largely kept the Rafah border closed, maintaining a tight blockade on the impoverished strip.

Egypt opened the crossing at least three times this month, one of which was for an extended period. This has raised hopes that Al-Sisi’s administration will ease its restrictions on movements to and from Gaza.

However, the Egyptian government has destroyed a large number of tunnels in a vast network that runs beneath the border. It has established a 1 km buffer zone and cleared it of residents. It plans to further expand this buffer zone to 5 km.

The destruction of the tunnels comes as part of the Egyptian military’s response to the Sinai militant insurgency. It hopes to cut off possible arms supplies and other means of support entering from the Gaza Strip.

Hamas itself was ruled a terrorist group in a court case, but the ruling was later reversed, and the charges were dropped by the defendant.