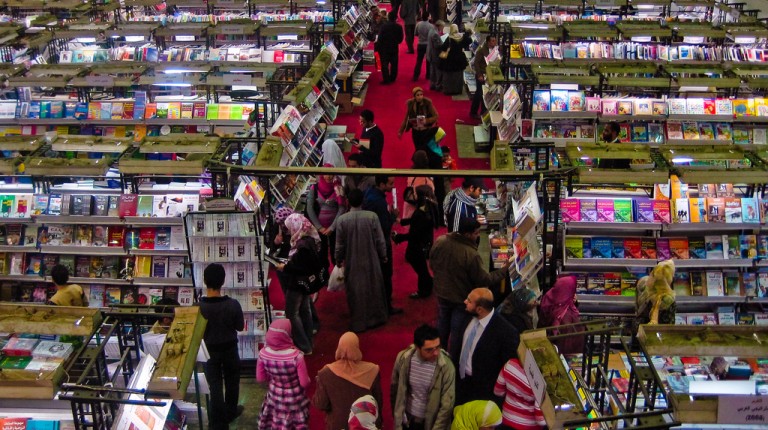 TV drama shows always reflect the truth of the society on which it focuses. They transfer the lifestyle, emotions and beliefs of people into continual scenes to state the facts which might be missed or forgotten over the years.

Over the past few decades, writers have been waiting for Ramadan to air the series’ which they have been shooting for the whole year, gaining the advantages of the highest viewers’ rate that Ramadan brings along. But this year, some shows managed to transfer the political controversy from streets to homes through the sensitive topics they tackle.

“Haret Al-Yehudd” (Jewish Quarter) is a series being aired on several government- and private-owned channels featuring the lives of Egyptian Jews who were in Egypt during the 1940s and 1950s.  The series distinguishes between Jewish and Zionist lines, and explains how religious extremism existed on both the Islamic and Jewish sides through a love story between Laila, the Jewish girl, and Ali, the Muslim patriotic officer.

Through the episodes, the series shows the lifestyle of Egyptians of all religious faiths, the way they dealt with each other, surviving the obstacles and different points of view each had about the war of 1948 and Israel’s establishment.

The series shows a different angle on Egypt’s Jews, as it featured them as normal people with good sides and bad ones. The characters were shown as humans with normal feelings contributing to mankind with love, passion, hate, revenge and jealousy, without excluding any person from a certain feeling due to his/her spiritual beliefs.

After airing the first episode, the Israeli Embassy in Egypt stated on their Facebook page that they find the series quite fair and satisfying, as it features the real nature of Jews as humans. Yet, a few days ago, another statement was published stating the embassy’s disappointment in the show as it started taking “a provocative path against Israel”.

The show used the Jewish characters as a mask to draw a bad image of Israel as a brutal enemy that wants everyone else dead.

In one of the scenes, Laila, played by actress Menna Shalaby, stands against her father, after he asked her not to fight back against the thug of the quarter saying: “How do you accept the idea of Israel taking Palestine, which is not its right and it fights Palestinians, yet not accept me fighting the thug though it’s my right to do so!”

Magda Haroun, Head of Egypt’s Jewish community, stated that the series has several mistakes, one of which is that the Jewish community did not manipulate the younger generation’s mind to turn them into Zionists.

“Maybe the dresses and skirts were shorter then, but a slit up to the middle of the thigh?”  Haroun said in a post on Facebook. “I don’t think so.”

Some also found the series very upsetting as it featured the Muslim Brotherhood as the main and only reason for the sectarian strife that started to appear back then.

Several scenes in the show showed Muslim Brotherhood members bombing Jewish-owned shops, and aiming to hurt them with all possible ways.

Moreover, Hassan El-Banna, the Muslim Brotherhood’s founder, was portrayed as a bloodshed-encouraging character. “The war is not only in Palestine, but jihad here is no less than jihad there,” he declares in a scene in the series.

The series was named after a famous Egyptian neighbourhood where people of the three Abrahamic faiths once all lived together.