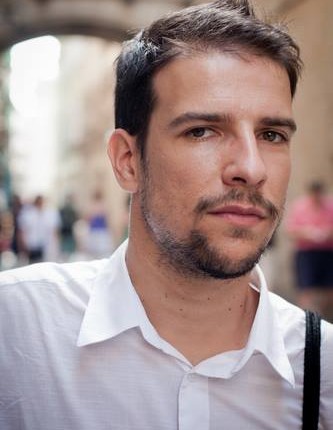 The correspondent of leading Spanish daily newspaper El Pais was forced to make an emergency departure from Egypt mid-June on advice that local authorities were preparing to arrest him.

Ricard Gonzalez said he was “forced to leave Egypt against [his] will”, on advice that Egypt was preparing to bring charges against him.

Gonzalez told Daily News Egypt by telephone on Tuesday: “Two weeks ago I had to leave Egypt in a rush, the country that I have called home for almost four years. The Spanish authorities warned me that I was under the imminent risk of being arrested and indicted, and they advised me not to go back to Cairo.”

The journalist said that he still does not “have a clue why [he] was singled out among a group of foreign correspondents.”

“I have had contacts with the opposition, as have many of my colleagues. My newspaper, the Spanish El Pais, has been very critical with the current regime in its editorials, and I have written several articles on the violations of human rights in the country. But so have other outlets,” he said.

Gonzalez says that he has worked in Cairo for several media outlets, but primarily for El Pais since September 2011, and worked as correspondent in Washington between 2007 and 2011 for the Spanish newspaper El Mundo.

El Pais is yet to make a statement, but Gonzalez is preparing an account of his story to be published in the coming days. A press spokesperson at the Spanish Embassy in Cairo said: “As far as the embassy is concerned, there is no comment on this matter.”

The Egyptian Ministry of Foreign Affairs was unavailable for comment at the time of publishing.

“It may have to do with the fact that I wrote a book with the title ‘The Rise and Fall of the Muslim Brotherhood’,” Gonzalez said. “We should not forget that Emad Shahin, a distinguished professor at Columbia University specialised in Islamist movements, was recently condemned to the death penalty. However, my book was published in early March and it did not offer a positive view of the Brotherhood.”

Having met with “vague” information from the Spanish authorities over the nature of the threat, Gonzalez decided to go public on Tuesday in a hope that public pressure will bring more transparency to the case. “They have not disclosed much about what information they have or don’t have,” Gonzalez said. “As far as I know, it is the first time that this happens since the Al Jazeera case.”

“I was very surprised, since President Abdel Fattah Al-Sisi has said several times that in case of troubles, foreign journalists should be deported, not judged,” Gonzalez said.

In 2014, Dutch journalist Rena Netjes fled Egypt after it emerged that she was one of a group of 20 journalists who were accused of “fabricating news” and participating in a terrorist plan. Also charged in the case were the three Al Jazeera journalists who spent over a year in jail before their release. Australian Peter Greste has left the country, but the retrial is ongoing for Baher Mohamed and Mohamed Fahmy.

Despite Egyptian authorities commonly berating foreign correspondents for negative coverage of Egypt, they have sought to apologise for the case of the Al Jazeera journalists. However, rights campaigners highlight an ongoing crackdown on democratic freedoms in the country.