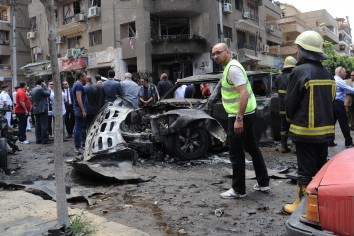 The assassination of the Prosecutor General Hisham Barakat has raised one major question regarding the country’s future: What will happen next?

Many spoke of the re-emergence of the reality in Egypt in the 1990s, amidst an Islamist terrorist campaign at the time.

While politicians, human rights workers, lawyers, public figures, and even ordinary citizens were concerned about how the state will handle security and justice after the deadly attack, the Ministry of Justice, followed by the presidency, has apparently set a plan.

As Barakat’s funeral was taking place, Justice Minister Ahmed Al-Zind decided to cancel the judges’ summer vacation. State-run newspaper Al-Ahram quoted him as saying that “judges will finish all cases they are working on”, and “we will work very hard for retribution for the Prosecutor General’s soul”.

Shortly after, President Abdel Fattah Al-Sisi said the Penal Code contains “obstacles to judges’ work, mainly in preventing punishment of those who shed the blood of Egyptians”.

Some legal amendments wereapproved inFebruary by Egypt’s cabinet in a presidential draft law amending criminal procedure code articles, allowing judges the freedom regarding whether or not to summon witnesses to testify.

Other speculated changes are related to speeding up the implementation of State Security courts by limiting the degrees of appeals to the verdicts.

“I believe this means that the coming days we will witness several executions of Muslim Brotherhood figures,” Ayman Okeil, Director of Maat NGO said, in comments to Daily News Egypt Tuesday.

He explained that there is public frustration and the need to contain their anger. “Some people vowed to personally kill any [Muslim Brotherhood member] they know, especially after the scene was framed in a particular way against them,” said Okeil.

He pointed to a widespread video of former president Mohamed Morsi in court showing him moving his hand in a “slaughter sign”, which the media labelled as “Morsi’s signal of killing”.

Moreover, Abdul Hakim Haggag, legal advisor for the Conference Party, clearly stated that death penalties are the “least those killers deserve for their crimes”. He slammed Morsi’s defenders, and his supporters.

As figures from the government or those close to it demanded a declaration of Emergency Law, the state accused the Muslim Brotherhood and public outrage sparked against what they saw as a “despicable terrorist act”. There are signs of an imminent crackdown on freedoms, and in particular the prosecution of Islamists has become obvious.

For example, former vice-president of the Supreme Constitutional Court (SCC) Tahani Al-Gebali demanded that martial law be applied. In an interview on Dream channel Monday evening, she stated that “no country has succeeded in fighting terrorism without strict exceptional measures”.

But according to Okeil, the Egyptian state does not need martial law to fight the Muslim Brotherhood – they can already do that with existing laws and practices. “Practically speaking, we are in an emergency state and under emergency laws,” he said.

The opinion that an emergency state would not be the best solution was also shared by Cairo University Law Professor Mahmoud Kebeesh. He told Masrawy news website that the war on terror is a war of information, with militant leaders’ infiltrated in Egypt’s society, and not in prisons. Therefore, Kebeesh concluded that increasing punishment might not prevent terrorism.