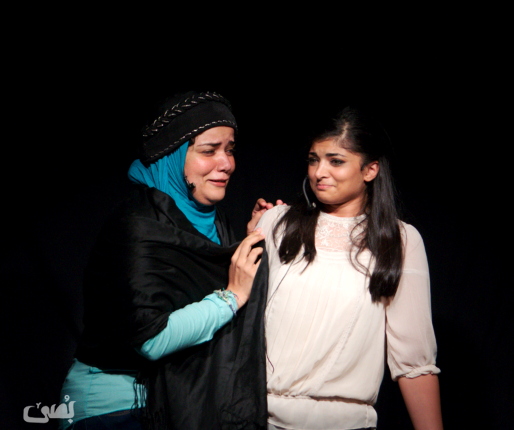 Censorship is a blinding weapon, often used to hide the ugly truth that cannot be faced and discussed out in the open. In the past few years, women’s daily journeys in the streets of Egypt have become one of the topics that are redeemed as taboos.

Lights and theatres are the absolute opposite of censored taboos. Since 2006, monologues have become a weapon against all the wrongs occurring in public areas. More than 20 women took to the stage, smiling to a crowd of strangers and shared their deepest and most embarrassing stories only to make amends and expose the unwanted ugly truth.

“The BuSSy Project is an art movement, based in Cairo, Egypt, that works to empower women to speak up about issues in society like sexual violence, gender issues, female genital mutilation, and more,” said Nadia Elboubkri, project manager.

BuSSy, which could be translated to “look”, discusses topics that are not only taboos but also considered disgraceful to the women involved and their families as well.

In the Egyptian community, the act of speaking up is a male right and a female faux pas. “Women are often shamed and considered dishonourable if they are sexually violated, let alone if they speak about it in public forum,” said Elboubkri.

Being a sensitive topic that is always buried and silenced, the NGO reputedly fails to find appropriate spaces for their workshops and performances, as many refuse hosting them once they read their scripts or learn about their topics.

“Sometimes we hold workshops in unsafe neighbourhoods, or rehearsals in parking lots, and even our own living rooms, because we can’t find a space to work,” said Elboubkri.

The honesty and truth of BuSSy’s performances is not easy to maintain giving the community’s norms and traditions. According to Elboubkri, community members heckle the storytellers on stage sometimes, while other women are forced to hide their identities.

However, the greatest challenge is the government’s censorship that interferes with their content in an attempt to beautify reality or make it less barbarous.

Even though BuSSy was invited to give this performance within an artistic festival held in the Opera House; after reading the script, the theatre’s director refused the usage of the assaults’ terminology preferring to substitute them with either “bleep” or “something inappropriate”.

“Because of this, we are now crowd funding for our own space, because we promise a safe and judgment-free environment for our storytellers, and that has become increasingly difficult to find,” said Elboubkri.

According to Elboubkri, BuSSy’s activities goes beyond the workshops and theatre performances as they aim to reach a wider and more international audience through an online archive of all of their collected stories in both Arabic and English translation.

Most recently the entity has started an online campaign, through the well-known website “IndieGogo”, that urges everyone to give them a hand and help violated women everywhere acquire a safe space to share and heal. The campaign is also set to reach the public offline through several events that do not necessarily rely on storytelling.

BuSSy started in 2006, with a flyer that read “If you have a story about yourself or a woman you know, please pick up a submission form and share it”. At the beginning, the entity only performed annually and targeted women solely.

Ever since the start, BuSSy found great power in storytelling which was both exposing and liberating even though many participants still refuse to recite their own stories favouring to keep their identities anonymous.

In 2010, BuSSy expanded beyond women’s issues and instead started targeting the youth in general. Also their team crossed the borders of Cairo and visited other governorates such as Alexandria, Minya, Assiut, and Port Said.