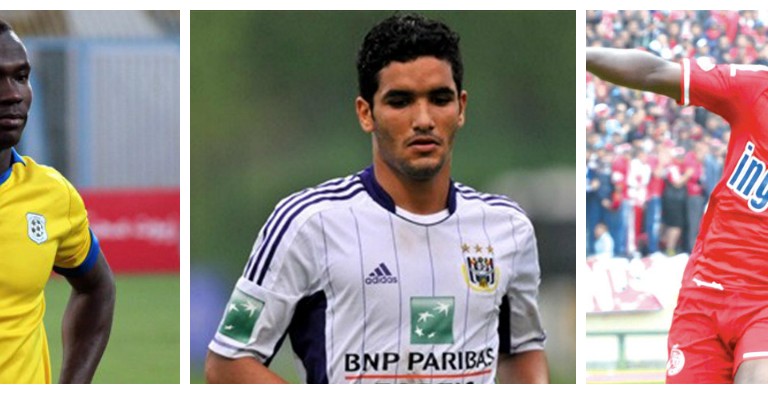 The long historical conflict between Al-Ahly and Zamalek football clubs, whether over local or continental tournaments, or even in other games, is still ongoing. This time, the conflict is in the players’ transfer market, which is known as the summer mercato. Each of the two clubs seek to strengthen its team with the best players in the Egyptian football arena, whether they be professional players of the Egyptian League itself or African players playing outside Egypt.

In fact, the announced numbers seems insignificant in comparison to what is being offered in the European international transfers market. However, it remains large and strange for the Egyptian clubs, especially with the economic situation the country has gone through in the last period, and still suffers from. Moreover, the Egyptian sport itself has been suspended several times during the last four years, which threatened the Egyptian clubs with bankruptcy in more than one stage.

Over the years, conflict between the two biggest Egyptian clubs erupted, with players moving to either one of the teams with big media fanfare.

Last summer, Zamalek surpassed its adversary in the season of transfers achieving strong deals granting it an edge over its adversary and awarding it a high probability of doing extremely well in the Egyptian Premier League this season. Al-Ahly also decided not to give up this season; the conflict started early in the winter transfers season, when the red team succeeded in acquiring the former Zamalek star, Mo’men Zakaria, who was the team’s scorer at that time, to make things flare up early.

The beginning was with John Antwi, the 22-year old Ghanaian player, who was the subject of the strong conflict between the two clubs. Al-Ahly resolved the conflict in its favour, for $1m, transferring Antwi, the attacker of the Saudi Al-Shabab FC. The Ghanaian attacker was the League’s most successful scorer while he was playing for the Ismaily team in the beginning of the current season. However, when he was playing for the Saudi Al-Shabab FC, he registered just four goals, while he scored 12 goals with the Ismaily shirt in the first round in the Egyptian tournament.

Saleh Gomaa, who plays for Portuguese club Nacional, caused a storm as Zamalek seemed assured that the player would transfer to the white team soon, while the red team’s announcements asserted that Saleh would wear the Al-Ahly shirt starting from next season. On several occasions, the player asserted that he will play for who will pay more, whilst on other occasions, he outlined that he wishes to play for Al-Ahly, with whom he eventually signed. The 21-year-old midfielder transferred for five seasons to Al-Ahly for EGP 3m per season, which made the Zamalek president, Mortada Mansour, furious. Mansour strongly attacked the player, as he did with John Antwi, assuring that he has a chronic heart disease, and will not succeed with Al-Ahly.

Malick Evouna, of Gabon, currently playing with Wydad Athletic Club, was a hot topic in the media over the last several weeks and until now. The statements of Zamalek’s Chairman strongly hinted that 22-year-old Evouna, who scored 24 goals in 56 matches in the Moroccan League Wydad, will officially wear the Zamalek T-shirt. This is especially after Zamalek officially agreed with Wydad about this.

The young Gabonese player revealed, however, that he wants to join Al-Ahly. In his agent’s words, Evouna will most probably join Al-Ahly, as this is what he wants. Controversy continued until Zamalek forfeited the deal, which reached €2.5m. Until now, the club Evouna will join is still not known.

On the other hand, a lot of talk has been heard about the return of the former Al-Ahly player, Ahmed Fathy, who currently plays for Qatari team Umm Salal. It is expected that Fathy will return to Al Ahly, after playing for one season with Umm Salal, out of three seasons in as stated in his contract. His experience in Qatar was unsuccessful, and he decided to rejoin Al-Ahly. Zamalek is aware that snatching Fathy from Al-Ahly will be in their favour. This deal is still unclear, especially after the high penalty clause stated in Fathy’s contract with the Qatari club, in case he leaves after the first season.

The 26-year-old midfield Amr Al-Sulaya who plays for Ismaily and the Egyptian National team, and who is considered one of the most talented players in Egyptian football, has also raised a further conflict between the two famous rivals, Zamalek and Al-Ahly. After Al-Sulaya revealed his desire to join one of the two, both famous clubs were quick to engage themselves with this important deal. However, it seems that Al-Sulaya will continue to play with his current team.

This season, other names shone out in the transition market, including El-Ittihad Alexandria attacker Mohamed Hamdy Zaki, whose contract will end this season. Zaki announced his signing with Al-Ahly, which angered the coastal club and pushed it to release a severely worded statement criticising his contract with Al-Ahly. Under FIFA rules, however, a player has the right to move to another team without his club accepting, as long as the contract is about to end.

This is what happened with Ibrahim Abdel-Khaleq, although his contract continues with Smouha Sporting Club, he announced signing for Zamalek next season. Smouha’s Board of Directors did not oppose Abdel-Khaleq’s contract with Al-Ahly, as both clubs are on good terms.

There are no doubts that the conflict between Zamalek and Al-Ahly is constant. Some clubs participate in increasing this conflict or take sides with one side or the other, whether in media or on administrative level.