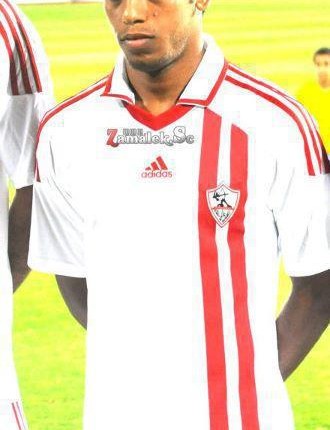 “You told people: take to the streets and give me mandate to fight terrorism. People took to the streets, although it is supposed that this is your job, and you don’t need a mandate to do your job,” Al-Merghany said referring to Al-Sisi’s call for demonstrations in July 2013.

The former Al-Zamalek player added: “Since then all are being killed: civilians, army and police”, referring to the victims of terrorists attacks that have seen a rise since the ouster of the Muslim Brotherhood government by the army, then led by Al-Sisi. He held the president accountable for the deaths, saying: “You are a failure and responsible for every drop of blood in this country.”

The player’s comments stirred strong reactions from his club that eventually led to the termination of his contract on Friday.

The reactions did not stop at the Wadi Degla administration; his former club’s president Mortada Mansour launched an attack on the player, accusing him, in a phone call to a talk show that hosted the player Friday night, of being a “traitor” and saying that he is a “servant” and a “doorman”; a racist reference to darker skinned people.

The player, who originates from south Egypt’s Nubia region, responded saying that he is proud to be a former Al-Zamalek player, adding: “He [Mansour] thinks he is going to frighten me with his yelling and insulting.”

The player was one of the few who actively participated in the oppositional protests since the 25 January Revolution, and was notably injured in the Mohamed Mahmoud clashes in 2011.