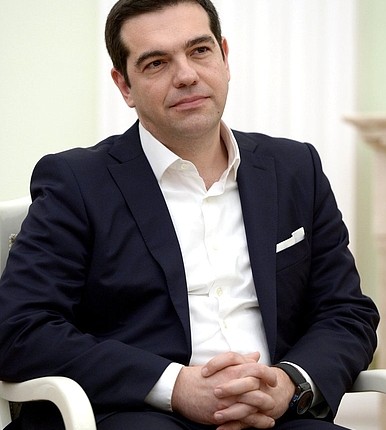 Greek Prime Minister Alexis Tsipras declared Wednesday that Greece will reach an agreement that helps the country avoid exiting the Eurozone by deadline on Sunday.

Tsipras assured the European Parliament that he will deliver sweeping reform proposals within the next two or three days to secure bailout funding .

On Tuesday, creditors gave Greece until Sunday to finalise an agreement, and announced that a “black scenario” was prepared for Greece’s exit from the Eurozone if an agreement was not achieved by the deadline.

Greece’s finance ministry declared that the country was preparing to issue a second currency to pay state pensions and wages at the end of July.

Meanwhile, Greece requires an increase in loans to repay €3.5bn to the European Central Bank (ECB) on 20 July. In addition, Greek banks need an increase in Emergency Liquidity Assistance (ELA), as they could run out of cash as early as this week.

The bulk of the country’s public debt will not be repaid before 2021, according to a BofA Merrill Lynch report issued Monday.

“It was a negotiating ploy and Tsipras can go back to the negotiation table and take the new offer and claim victory over the blackmailing approach to negotiations,” the report read. “The Europeans cannot ignore the referendum, and Greece is still in the Eurozone, irrespective of the referendum result.”

The report said that the ECB cannot extend the ELA ceiling, and that the debt relief remains the key issue.

The economy is already in free-fall. The “no” vote is unlikely to convince many tourists to choose Greece this summer, according to the report.

The report added that it remains clear that the way forward would require a much more specific promise; however, the mistrust remains large.

The report noted that it is difficult to grant official sector involvement (OSI) before any reforms are implemented, but Greece wants to make sure that OSI is on the table before they implement any agreement.

The report said that a deal that is compatible with everyone’s needs would require the lengthening of maturities of all repayments due in the next three years without any new financial aids. Therefore, the Greeks will be on their own fiscally and debt relief would be conditional on structural reforms.