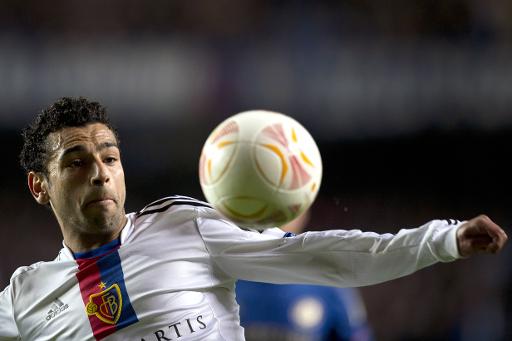 The path of the Egyptian professional player, Mohamed Salah, who plays for British Chelsea, has changed overnight. Mohamed, who was loaned in the last season to Italian team Fiorentina, and achieved resounding success with the violet shirt, became a subject of conflict among a great number of major clubs in the summer transfers period.

After Salah’s great goals during the Italian League and the Europa League, and after the outstanding rates he recorded with Fiorentina, suddenly crisis erupted. The issue started after he decided not to extend his stay with the Italian team, hoping instead to transfer to another club. Fiorentina nonetheless announced that Salah will continue with the team for a new season.

The crisis sparked when Salah disappeared for a long period, while Fiorentina’s officials sought to communicate with him while assuring he is still on loan to the team. The officials at the club announced that Salah will be loaned for a new season, due to the contract signed with British Chelsea. The contract allows an extension in the loan period for another season without obtaining the approval of the British team, if Salah does not object.

While Salah remained absent and silent, Fiorentina extended his loan period, and sent €1m to Chelsea, according to the previous agreement. The Italian officials began attempts to contact the player to bring him back to the club, to attend the team’s exercises and preparations for the new season.

However, Salah surprised everyone, through his lawyer and agent, by refusing to play for Fiorentina. He announced that he wanted to leave the club, hinting that he will play for another Italian club. Salah reportedly was to join Inter-Milan and the club purportedly acquired the player for €20m.

However, Fiorentina officials said that as long as the player was not offered an extended loan period before the end of June, he is obliged to commit to the contract with the team for a new period.

Salah’s lawyer, on the other hand, denied this, and said that the player refuses to join the team and is not obliged to continue playing, contrary to the officials’ claims. The issue spiralled until Fiorentina threatened Salah with penalties if he did not abide by the contract’s clauses.

Meanwhile, Inter-Milan confirmed its interest to sign a contract with the player, which caused a wave of anger among Fiorentina’s officials. They threatened to file a complaint against Inter-Milan.

Contracting experts affirmed that the issue will be resolved if the contract is fully documented. However, if such a clause does not exist, the matter will be settled in accordance with the wishes of Chelsea and Salah.

The issue is yet to be resolved, leaving many questions amongst fans, both in Egypt and internationally, about the Egyptian star player’s fate.