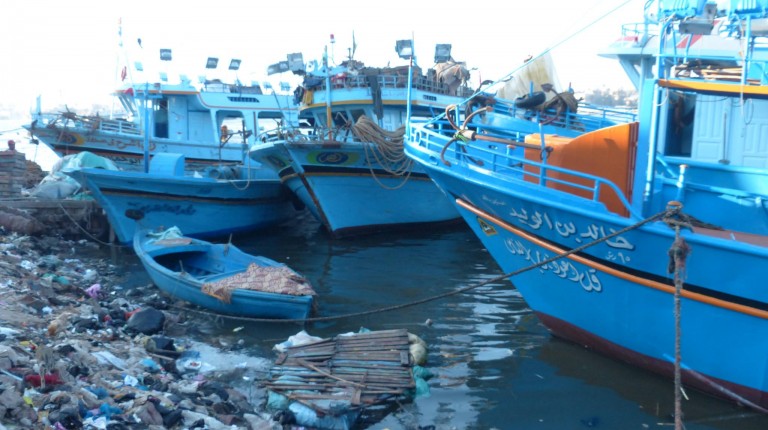 It is Borg Al-Megazl, where middle-man/broker Osama Ali operates. When he spots a potential migrant along the corniche, he follows them for several paces. When he approaches them, he is neither subtle nor indirect.

Ali, whose name has been changed along with the other smugglers and migrants in this article, is acquainted with the trade of people, he says, because he comes from a family of fisherman, who decided to increase their earnings. Though Ali is only 19 years old, he has been working as a middle-man for about a year. Once, he had even participated in taking migrants to Greece before a head injury left him disoriented and unable to sail.  As you walk through the Borg Al-Megazl, he will be able to tell you which home belongs to which smuggler, and who has made much money off the trade.

If the potential migrants express interest in a venture across the Mediterranean, Ali walks them over to a café of his choosing where he can answer whatever questions they have. A scout eyes the clients up and down, looking for any clues that they might be policemen, and gives a non verbal yes or no.

Once the migrants provide their contact information (no contact information is provided by the smugglers), the phone number is then passed onto someone higher in the food chain to negotiate the money and trip itinerary.  He added usually middle men were contact mainly by word of mouth not often through approaching migrants.

The International Organization for Migration (IOM) estimated that arrivals crossing the Mediterranean reached approximately 34,570 people since the beginning of 2015, according to a statement they issued in early May.

“90% of us here are poor,” said Mohamed Kamel, a fisherman in Borg Al-Rasheed, a village adjacent to Borg Al-Megazl in the Beheira governorate.

“Our nets have holes in them. The equipment is old. The government doesn’t help us. We have to pay for insurance,” he continued. He borrows from the grocery on credit.  He mentioned that many have health problems and his child needs to have his tonsil removed. He pointed to holes in his children’s cloths.

He added that the procedures at check points by security forces in the sea “can be long and annoying” and that when they when they finally are able to make it out to fish, “the fish are gone, it’s too late to fish”.

Once, in an attempt to find better places to fish, he and several sailors strayed too close to Libyan waters, and Libyan border guards shot towards them. He also complained of accidents happening during foggy weather.

A particular frustration for him and other fisherman is the rise in gas prices, referring to the government’s petroleum price increases after cutting subsidies in early July 2014.

In January 2011, when popular protests ousted former president Hosni Mubarak, Mohamed Essam, another fisherman in the same village, knew exactly what to do. He took advantage of the collapse in security, piled a dozen or so migrants onto his boat, charged a lucrative fee, and transported them just off the shores of Greece. He then enjoyed some festivities along one of the Greek islands.

The average monthly income of a fisherman is EGP 1,000 after expenses, while the risks of transporting people across the Mediterranean would only be at most a few months in jail, he said. Though he is not a career smuggler of migrants, it is sailors like Essam who see an opportunity with minimal risks.

Though it is difficult to assess the truthfulness of statistics given by village residents due to the clandestine nature of human trafficking, Abdo Osman, the middle-man above Ali, added: “The whole village [Borg Al Megazl] is involved. I take the money. I set the price. I get 5% commission.”

The middle-men are keen on ensuring that the migrants do not have contact with the sailors until they get on the boat, Osman continued: “You give a call and things are arranged with the border guards. Part of the fee paid by migrants goes to bribing members of the Egyptian boat patrols.”

He added they prefer Syrian, Somalis, Sudanese and foreigners in general. “Lately, we don’t take Egyptians over the age of 16 because the Europeans will send them back.”

Mohamed Islam, a farmer who attempted the journey to Italy, said: “70% of farmers here are attempting to make the trip to Italy.” Though there isn’t much interaction between the fishermen and the farmers most of the time, he added that one area in which they do have much interaction is during an illegal migration attempt.

Islam is an example of why smugglers prefer not to take Egyptians over 16.  He himself made it to Italy after an arduous seven-day journey with “rough sailors”, and was returned to Egypt because of his age.

Abdel Moatee said if an Egyptian farmer makes the trip, what usually happens is that the family will sell a piece of land to pay for the trip and choose one of his sons.

Osman described the trip in stages: two days before their departure, the travellers would receive a phone call. If the passengers are sub-Saharan Africans, they’re usually held in a warehouse, where they are picked up and brought to a rendezvous point. There, a first boat, about 25 metres long and manned by five sailors, would pick up the migrants, and transport them 16 km out to sea, where they would be picked up by a larger boat able to carry 500 people.

The captain of the ship carries a satellite phone keeping him in contact with the coordinators of the operation. If the trip is successful in transporting the passengers to Italian waters, payment will finally be exchanged. If the trip is unsuccessful, the migrant is allowed to make the trip again at no cost, he says.

“In the event that the vessel is stopped by the Italian Navy, the captain has a satellite phone which he tosses over into the sea,” said Osman.

Mohamed Eed, a Syrian refugee, was towed on rubber skiffs and wooden boats into the middle of the ocean, and had been transferred four times before arriving with 250 others on an “iron ship”.

“We stayed in the iron boat for two days, and on the third day, in the middle of the night, they made us all move to the small boat and they told us that only 13 hours remained to arrive to Italy. But they lied to us; we stayed three days in the small boat until the Italian navy saved us.”

The EU has recently come under fire for directing funds to launch a naval operation against migrant smugglers, instead of focusing efforts on saving migrants. Further, Britain recently replaced its migrant rescue flagship with one half its size.

The IOM estimated that by 30 April, migrant deaths from the Mediterranean spiked compared to 2014. “While last year the number of migrants perishing in all Mediterranean crossings during the period January through April was 96, this year’s tally is an estimated 1,770 drownings through to 30 April,” a report by the organisation said.

Osman said for him the reasons were fairly simple. “People complain of poverty and there’s a rush, so we set a price and they take advantage of the offer.”

Ahmed Mohamed, a retired smuggler now working in another occupation in Saudi Arabia, had been on the opposite end of Eed’s scenario.  He said, as they approached Italian waters, they boarded all the migrants onto boats in the middle of the ocean, and whatever happened to them next, he doesn’t know, nor did he admit responsibility for it.

When potential migrants asked Ali about the hazards and safety of the trip, Ali would simply shrug his shoulders and reply: “I can’t promise anything.”