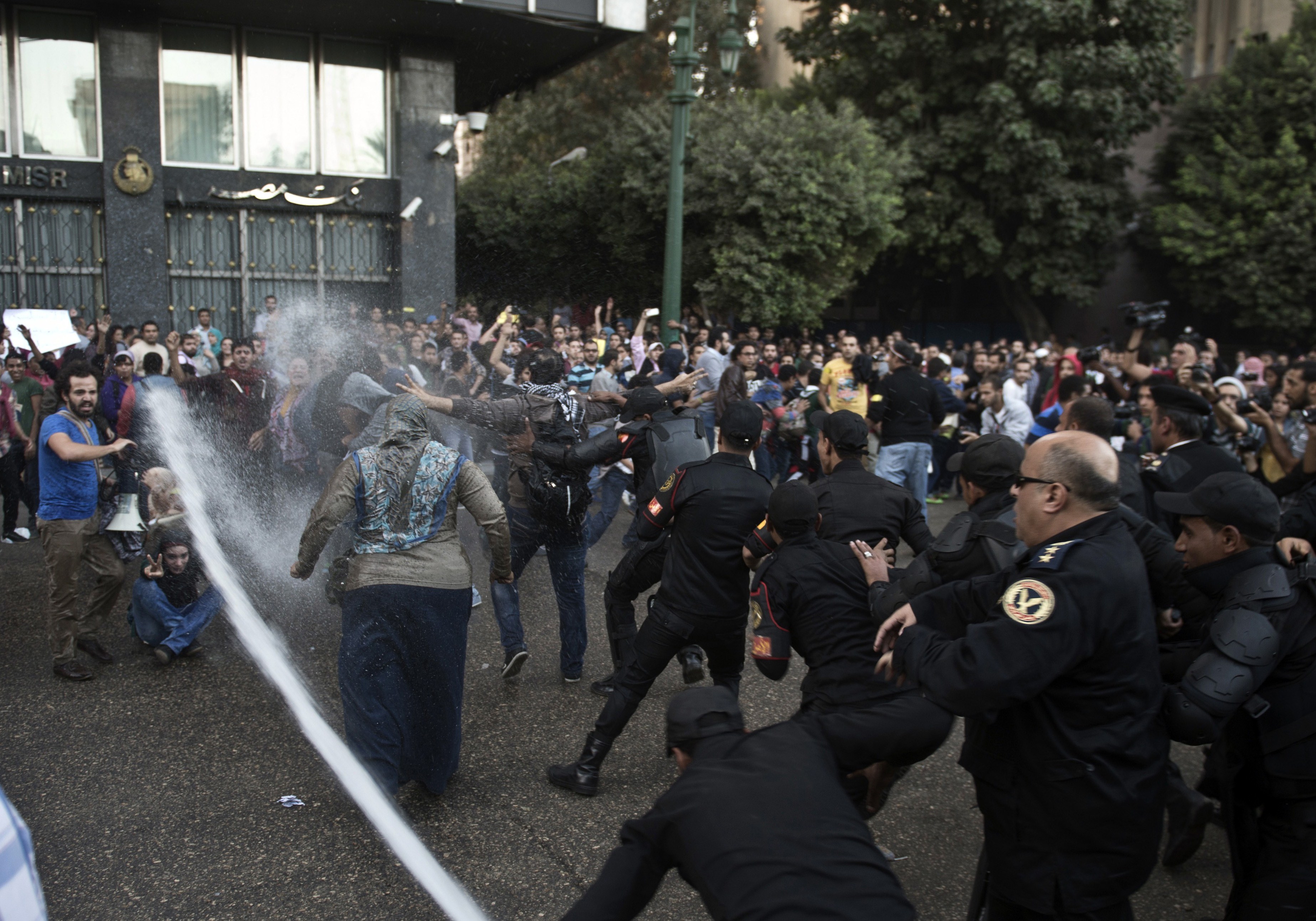 The convicted Abdelrahman Sayed and Abdelrahman Tarek, along with other 23 convicted including prominent political activist Alaa Abdel Fattah, were charged with assaulting security forces, unlicensed protesting and rioting.

Rights lawyer at the Egyptian Centre for Economic and Social Rights (ESCR) Mahmoud Belal told Daily News Egypt that the two were retried as they were arrested after the initial verdict.

The case dates back to November 2013, when a group of activists protested in front of the Shura Council against an article in the constitutional draft issued by the former interim government that stipulates the referral of civilians to military courts.

The protest was violently dispersed, several activists were arrested and a case was filed against a group of activists on charges of assaulting police officers and unlicensed protesting.