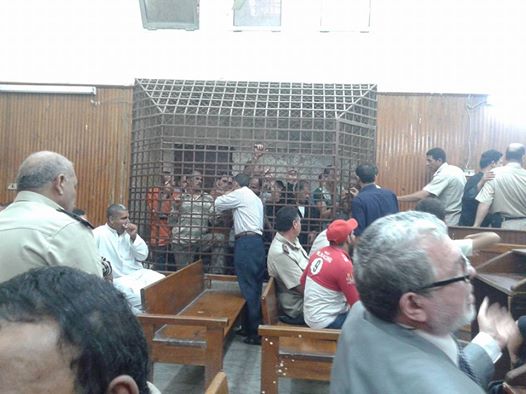 The Public Authority for Agrarian Reform supported Sunday the Sirso village farmers’ claim to a piece of land in the Daqahleya governorate, after years of dispute and violent clashes between them and “feudal owners”.

The government-led authority, under the supervision of the Ministry of Agriculture, ordered the implementation of the “court’s decision” to return the land to the farmers.

Beshir Saqr, head of the Farmers Solidarity Committee, said that the farmers took every legal step to handle the dispute, reaching the Public Authority for Agrarian Reform, which ordered the return of their land.

However, he added that the authority cannot guarantee the neutrality of security forces that can intervene to displace the farmers again, with the help of the “original owners”.

Last February, farmers of the Sirsovillage protested over the land and clashed with relatives of businessman Farid El-Masry, who also claims ownership to the land. Police forces then arrested and detained 24 farmers, leading to several leftist parties denouncing the arrests describing them as “classist oppression”.

A lawyer on the case, Wael Ghally, said there is a possibility that some of the arresting police officers and officials in the Interior Ministry will be questioned over the incident.

The Interior Ministry, however, denied any knowledge that current investigations are taking place.

Saqr added that two ex-generals working in a company owned by El-Masry have helped security forces during the clashes on the land.

The Egyptian Center for Economic and Social Rights (ECESR) said that the family of El-Masry had previously hired thugs to attack farmers with firearms and threaten them, under the oversight of the police. The human rights centre described the situation in the village as “a new series of conflicts between the impoverished and the state-supported businessmen”.

The disputed land was originally given to the farmers by former president Gamal Abdel Nasser as a reward for soldiers who took part in the 1968 Yemen war.

After the 23 July 1952 revolution, thousands of acres of land were confiscated from notables and Turkish landowners, and later given to thousands of farmers. However, during Anwar El-Sadat’s presidency in the 1970s, a new agriculture law ordered that some of the confiscated lands are to be given back to their original owners.

Further, under the reign of ousted president Hosni Mubarak, in 1994, a new law to regulate the rent of agricultural land made way for more businessmen to refer to courts to demand their land.

Since then, a legal dispute between the framers and El-Masry evolved when the farmers received a court decision proving their ownership of the land.

The contradictions in laws have allowed for violent clashes to take place throughout the 1990s between riot police forces and farmers refusing to abandon their “confiscated” lands.