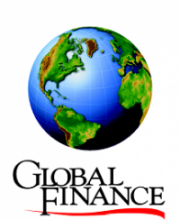 Egypt ranks 109 globally in the world’s wealthiest/poorest countries list, with Gross Domestic Product (GDP) per capita equivalent to $6,650 per annum, according to a recent Global Finance Magazine report.

Egypt’s ranking comes below other countries that witnessed the Arab Spring, such as Algeria, Tunisia and Libya.

Yemen, however, one of the countries that had a role in the Arab Spring, ranked lower than Egypt, at 148, with an annual GDP per capita of approximately $2,350.

Despite facing an unstable security situation and internal conflicts, Libya remains in a better ranking than Egypt at 69, with per capita GDP approximately $14,500 per year. Its ranking makes Libya wealthier than Iran, Brazil, South Africa and Thailand.

Meanwhile, Qatar is considered the wealthiest country in the world, according to the report, which said that the GDP per capita in the tiny GCC state surpasses $105,000.

There is a significant difference between Qatar and the second wealthiest country globally, which is Luxemburg, who’s per capita GDP is approximately $80,000 per annum.

Singapore comes in third with a yearly per capita GDP of approximately $61,600.

The Democratic Republic of Congo was ranked the poorest country in the world, where per capita GDP is equivalent to approximately $394.25 per year.

The report listed 184 countries and the analysis was based on International Monetary Fund (IMF) data.

Furthermore, the analysis took into consideration inflation rates and the costs of living of each country, comparing between the standards of living of the evaluated countries.