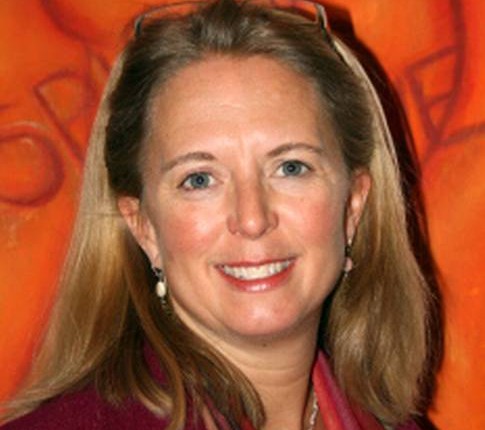 The Swedish ambassador to Egypt, Charlotta Sparre, has been found guilty of accepting bribes, in a case that the diplomat has referred to as a “mistake”.

In April, Sweden’s National Anti-Corruption Unit found Ambassador Sparre guilty of “accepting a bribe” from IKEA in Cairo, in the form of discounts on personal purchases.

Daily News Egypt has seen the verdict paper of the National Prosecution Office of the Anti-Corruption Unit, dated 24 April 2015. It reads that Charlotta Sparre was found guilty on two counts of accepting bribes in her role as ambassador, by “receiving an undue advantage” in the form of discounted goods.

Whilst seen as a Swedish brand, IKEA stores are primarily owned by the Dutch company INGKA Holding, and IKEA’s franchising business is owned by Inter IKEA Systems, registered in Luxembourg.

IKEA in Cairo is a franchise owned by the UAE’s Al-Futtaim Group, the large conglomerate behind the Cairo Festival City, where Egypt’s 33,000 sqm branch of IKEA is also based.

Copies of Sparre’s receipts, seen by Daily News Egypt, show that on 12 June 2014, she purchased a vast number of discounted products from IKEA in Cairo Festival City. This included 98 items at a total cost of over EGP 11,000, but discounted by around 15 percent. The items were primarily household goods, including chairs, beds, shelving units, a book case and kitchen goods, including an ice cream scoop, among other items.

Four days before purchasing the goods, Sparre played host to Al-Futtaim at a celebration of Swedish National Day at the embassy in Cairo. Called a “unique opportunity for Egyptians and Swedes to come together” by the embassy, the national days are seen as a way of promoting Swedish businesses abroad. Al-Futtaim was present under the IKEA banner which raised questions in Swedish press about the relationship between the embassy and the Emirati franchise.

In addition to repaying the discounts she received, the ambassador was also ordered to pay a penalty by the anti-corruption unit, amounting to over EGP 30,000 in total.

Daily News Egypt attempted to contact the Swedish Embassy in Cairo, but was told to call back in September, as the ambassador is “out of town”.

When asked if Sweden had informed Egypt of the case, the Egyptian Ministry of Foreign Affairs spokesperson,  Badr Abdelatty, told Daily News Egypt: “This is the first I have heard about it.”

However, a spokesperson for the Swedish Ministry of Foreign Affairs told Daily News Egypt: “Ms Sparre herself considers that it was not appropriate and repaid the discount of approximately SEK 800 [EGP 725] for the purchase even before legal action was brought against her. Ms Sparre considers that it is not proper to accept a discount…which she has, in fact, repaid. Thereby the matter is settled as far as we are concerned.”

Swedish journalist Egor Putilov, who uncovered the wrongdoing in 2014, spoke to Daily News Egypt. He claims that Sparre only “realised” her wrongdoing after he uncovered it and alleges that the ambassador was “systematically” promoting the franchise. “It is not [a] big [fine]. The total amount is around LE 1,000, but it does not matter,” Putilov said. “What matters is that it is officially qualified as bribe, she was convicted for that and she is still in the office.”

Ambassador Sparre told Putilov, in comments published by Swedish newspaper Expressen, that her actions were “clumsy and not appropriate”.

“I did not think about it very much when we got the discount and therefore accepted to receive it. My main thought was to save money, for Swedish taxpayers,” she said. Putilov, however, noted that the purchases were personal.

Putilov called in to question whether the embassy promoting IKEA in Cairo serves Swedish interests because of its franchise structure and that the brand itself “is a multinational corporation registered in Holland”.

Putilov also said that the ambassador has “compromised the reputation of Sweden” by dealing with Al-Futtaim Group who have been accused of rights abuses. A branch of its business was found this year to violate the labour rights of 10,000 of its workers in its role as a contractor building a campus of New York University in Dubai.

Daily News Egypt was not able to reach the Al-Futtaim management of Ikea in Egypt when attempted.

In March, Swedish Foreign Minister Margot Wallstrom visited Cairo to speak at an Arab League meeting, an honour rarely given to non-Arab politicians. Whilst it was reported that Wallstrom’s invite was given due to Sweden’s decision to recognise the state of Palestine, the Minister’s speech was blocked at the last minute by the Saudi delegation.

Wallstrom commented afterwards that Saudi Arabia “reacted strongly to what we have said about democracy and human rights”, in relation to her comments on the whipping of activist Raif Badawi.

This is an edited version of the original article, which was published on 20 July 2015, addressing statements that may have implied Ambassador Sparre had repeatedly promoted IKEA and Al-Futtaim in an unfair manner.