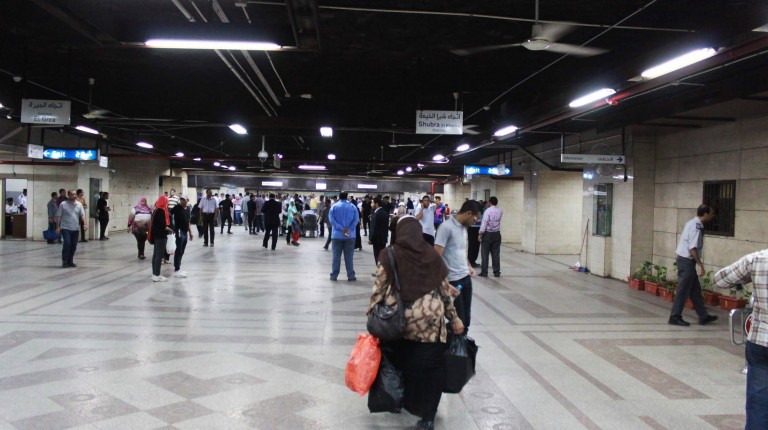 The man was apprehended for taking photos of the station and the metro itself. Police said he carried no identification, and was unemployed.

Following inspections, the security forces found photos of several shops in the area surrounding the station on his mobile phone.

When confronted with questioning, the suspect said that he took the pictures for memory.

In collaboration with the National Security service, a report was filed to the prosecution to begin investigations.

Taking photos in Egypt can be regarded by security forces as a suspicious act. They usually cite the need for a photography permit before one can take photographs in public areas.

Last week, four foreign journalists were arrested at the site of the bombing of the Italian consulate in central Cairo.

At least two of them were photojournalists. One of them, David Degner, spoke to Daily News Egypt shortly after his arrest and subsequent release, saying that he was asked for a permit.

Degner said he had a permit, and was still held for at least an hour despite this.