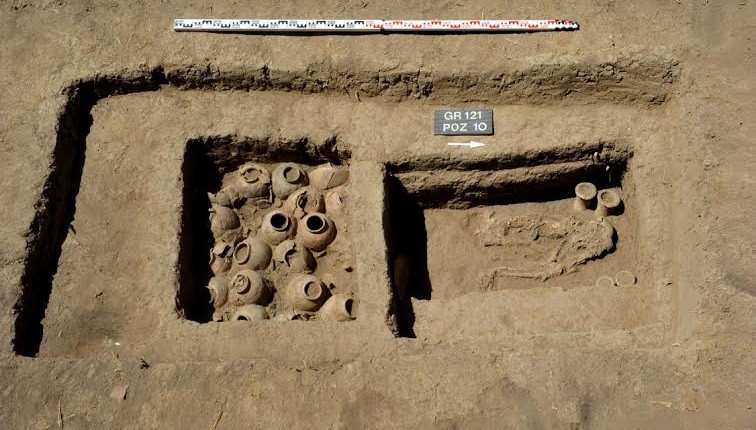 Parts of several ancient storehouses were discovered at Sayes, in the Sharqeya governorate in northern Egypt, announced the Ministry of Antiquities.

The storehouses are part of cities that date back to the Ramses era, or the New Kingdom of Egypt. They were discovered by an archaeological delegation from Durham British University and the Egypt Exploration society in cooperation with the Ministry of Antiquities.

The storehouses contained various clay tools which were used as cooking utensils. “Some of the discovered products were spherical shaped and they were used for cooking,” said Mahmoud Afifi, Head of Egyptian Relics Sector. “While others were designed to preserve food for a long time like meat.”

Most of the discoveries were broken into pieces as the delegation dug out the destroyed remains of the city. However, they still hold precious historical indicators. “This is a strong indicator that Sayes city holds a long inherited history that goes back to the Old Kingdom of Egypt,” said Penny Wilson, head of the British delegation.

The discoveries indicate that a major disaster hit the whole city at the time, leaving it completely destroyed, as “all the ceilings of the storehouses collapsed over their contents”, according to the ministry statement.

“Even though the city was totally destroyed, the antiquities we discovered led us to believe that there are two other older cities nearby that we’re still digging to find,” Penny added.

This is not the first antiquities-related coordination between Egypt and England in a short period of time.

Earlier this month, a stolen pole belonging to Karnak temple was returned to Egypt from England after it was illegally smuggled a few years ago.