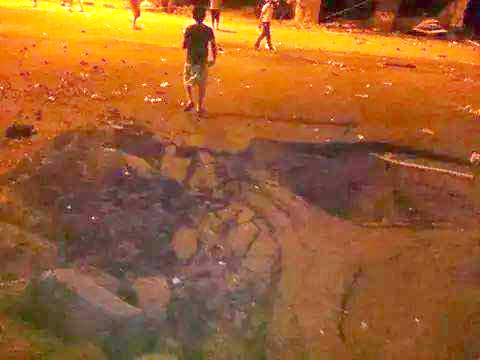 Two improvised explosive devices (IEDs) detonated on early Wednesday at the houses of two policemen in the North Sinai city of Al-Arish, according to state-owned newspaper Al-Ahram.

There were no injuries or deaths reported as a result of the explosion, although the houses sustained some damage.

Sources and eyewitnesses reportedly saw the IEDs being planted by militants at the homes before they detonated them. The sound of the explosions and sight of rising smoke as a result reportedly caused a state of fear and panic amongst residents.

Security forces combed the area to detect any further IEDs and to capture the assailants. Last month witnessed a day with the heaviest violence yet in North Sinai. Militants ambushed five military checkpoints and besieged a police station in the city of Sheikh Zuweid.

The attacks were claimed by the Ansar Beit Al-Maqdis militant group, who rebranded themselves as “State of Sinai” after pledging allegiance to the regional extremist group “Islamic State”.

Egypt has been struggling to quell a growing insurgency, mainly focused in the north of the restive Sinai Peninsula. It began shortly after the overthrow of former autocrat Hosni Mubarak.

Mubarak’s ouster was followed by a period of internal chaos and a security vacuum, creating a ripe atmosphere for extremist violence to surge.

The violence rose following the ouster of Islamist president Mohamed Morsi. He was removed by then-general, now-president Abdel Fattah Al-Sisi after mass street demonstrations against the Muslim Brotherhood’s turbulent year in office.

Militant attacks, however, have not been confined to North Sinai, and have recently spread to reach urban areas, including the capital Cairo.

The peak of urban attacks was seen with the assassination of Prosecutor General Hisham Barakat late last month. His death in a Cairo explosion was the first such death of a top state official since 1990.