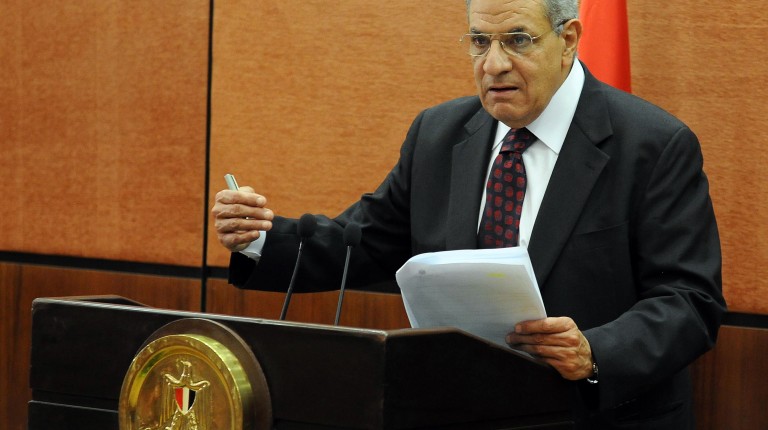 Prime Minister Ibrahim Mehleb will head an economic and industrial summit in the Northern Italian city of Milan on Thursday.

The summit has been organised by the Italian-Egyptian Business Council to highlight the latest investment opportunities in Egypt. It will be held in the presence of: the Italian Minister of Economic Development Federica Guidi; the Egyptian Minister of Industry and Foreign Trade Mounir Fakhry Abdel Nour; head of Egyptian-Italian Business Council Khaled Abu Bakr; and major Italian companies.

Abu Bakr said the summit will deal with investment opportunities offered by the Egyptian government in the oil and gas research and exploration sector, whilst also developing infrastructure for transport and storage lines and ports.

He added that the summit will also deal with the upcoming investment prospects in electricity generation as well as new and renewable energy projects. This will focus especially on the industrial city of leather in Alrubiki area, the Golden Triangle and the furniture city in Damietta.

“During the visit of Italian businessmen delegation to Egypt three months ago, the Egyptian-Italian Business Council presented the 15 projects with investment of $18bn,” Abu Bakr said. “Mehleb will sign number of Memoranda of Understanding (MoUs) related to the import of petroleum products, the development of refineries, the production of electricity, and the import of automotive parts.”

He noted that the trade balance between Egypt and Italy rose to 30% during the last six months compared to last year, in the favour of Egyptian exports.

For his part, the head of the Egyptian-Italian Business Council’s Italian side, Marcello Sala, said the Council supports the Egyptian government’s plans for economic reform and increasing investment opportunities.

Sala pointing out that the Council provides all its potential to achieving progress in the construction of a new integrated railway network for an express train service and logistics in Egypt, in addition to re-opening the waterway between Egypt and Italy.

Sala said that the council seeks to establish production sites for Italian small and medium-sized Enterprises (SMEs) in the free zones in Egypt.

He pointed out that Mehleb’s visit to Italy is an opportunity to inform Italy’s business community of Egypt’s recent progresses, particularly as the visit will coincide with the World Expo hosted by Milan between May and October. The exhibition is a meeting place for a number large companies, investors and producers in the world.

Meanwhile, Hamid Al-Chiti, Head of Travco Group International for Tourism and member of the Italian-Egyptian Business Council, said there were advanced negotiations to support and revitalise cultural and religious tourism, as well as leisure cruises in the Nile and the increase of Italian tourism to Luxor and Aswan.