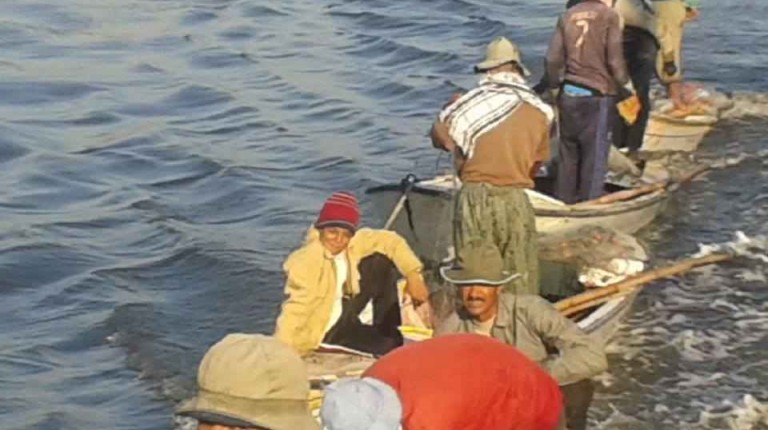 The Matariya Fishermen Association in Daqahleya announced Thursday the release of 108 detained Egyptian fishermen in Sudan, after authorities had arrested them last April on grounds they had breached water borders.

“The fishermen were released from detention a short while ago and are now taking cars to Port Sudan,” the association announced on its official Facebook page Thursday afternoon.

Interrogations were carried over the past months with the fishermen of three boats accused of illegally entering Sudanese regional waters and some received prison sentences and fines.

In April, six minors were released and returned to Daqahleya, along with a 78-year-old fisherman. The association had launched a campaign that reached Cairo, demanding the Ministry of Foreign Affairs to negotiate with Sudanese counterparts to release the fishermen.

The three Egyptian fishing boats were on their way to Eritrea. Different accounts of the incident had emerged. On one hand, Taha El-Sheridy, head of the association in Daqaheya, had stated that the boats were “tricked and forced into regional waters by the authorities in order to arrest them”.

In June, Daily News Egypt spoke to two of them, Abdelrahman and Ramadan, who are both 16-years-old and were on the detained boats. They said that a Sudanese battleship fired at the boats, forcing them to stop and then dragged them into Sudanese waters.

“We were on way to Eritrea, with a licence to fish there, when a Sudanese battleship fired at us,” Abdelrahman said.

However, the Ministry of Foreign Affairs took an opposing stance by issuing an official warning to fishermen against breaching protocols and entering regional waters illegally.

Meanwhile, a Monday media report published by the Sudan Tribune said authorities claimed the return of the Egyptian fishermen was conditioned on the release of Sudanese miners “who unknowingly crossed the borders in search for gold are still in custody in Almenia Al-Gadida, Aswan and Al-Wadi Al-Jadid”.

The problem of detention of Egyptian fishermen by foreign authorities (including Libya, Saudi Arabia, and Yemen) persists, amid accusations by the Egyptian government against the fishermen that they commit violations.

A new crisis began last week after dozens of fishermen were detained in Tunisia and Libya.